A Snub to Congress: Oversight of International Broadcasting Agency in Question 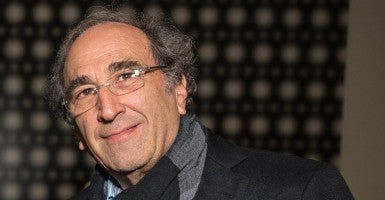 With the hiring of new Chief Executive Officer Andy Lack, formerly of Bloomberg News, the Broadcasting Board of Governors has pulled an end-run around congressional efforts to reform and restore civilian U.S. international broadcasting. The hire was announced this week, the same week it became clear that reform legislation, H.R. 4490, which passed the House overwhelmingly in July, has now stalled in the Senate.

According to sources with Voice of America, the flagship of U.S. international broadcasting, Lack comes into the job with a mandate from BBG chairman Jeffrey Shell to effect thorough reform. That reform is to take one of these three tracks:

Congress has every right to be peeved at this maneuver, which is one more example of the BBG trying to circumvent its will. The aim of H.R. 4490 was in part to save Voice of America as a major tool of U.S. public diplomacy at a time when such tools are needed more than ever. (Ironically, management at VOA and a number of its journalists could not see that). Another aim was to eliminate the BBG, whose part-time status, tendency to misjudge strategic global broadcasting needs and hostility to the essential public diplomacy mission of the agency has earned it many critics in Congress over the years.

Before the board and its new CEO move too far ahead with planning, the Senate ought to consider its own legislation in the lame-duck session that will follow the mid-term elections in November. The BBG is governing broadcasting effectively without any oversight at this time, and the U.S. foreign policy tool box could be the poorer for it.