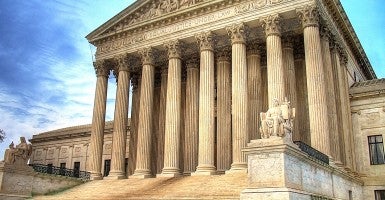 If you use Facebook, pay taxes, enjoy fishing or drive a car, the 2014-2015 term of the Supreme Court, which begins Oct. 6, will be worth watching.

Many of the cases from the last term touched on issues such as executive power, religious liberty, free speech and racial preferences.

Here are highlights of the upcoming term:

1. Elonis v. United States: Aspiring rapper Anthony “Tone Dougie” Elonis was convicted of making criminal threats after posting rap lyrics on Facebook about killing his estranged wife. Did the government have to prove Tone Dougie intended to actually threaten his wife, or is it enough to show that a reasonable person would have viewed those Facebook posts as true threats?

2. Department of Transportation v. Association of American Railroads: Can Congress delegate regulatory authority to a private entity? This case involves a 2008 law that authorized Amtrak to co-author regulations governing the railroad industry. Amtrak is a unique creature—created by an act of Congress but run as a for-profit corporation. The Court will decide whether this delegation of regulatory authority was proper.

3. Heien v. North Carolina: Ignorance of the law is no excuse, or so the saying goes. Consistent with the Fourth Amendment, a police officer may make a traffic stop if he has a reasonable suspicion a law is being violated. But what happens if the officer makes a mistake about what the law requires?

4. Holt v. Hobbs: Can a state prison prohibit inmates from having beards? An inmate serving a life sentence in Arkansas argues he must maintain a beard to comply with his faith and notes that 39 other states and the District of Columbia allow inmates to grow beards of varying lengths. The Supreme Court will decide whether the federal Religious Land Use and Institutionalized Persons Act protects this exercise of religion.

5. Maryland State Comptroller of the Treasury v. Wynne: In Maryland, residents pay not only a state income tax, but also a county income tax. This case involves Maryland residents who are trying to avoid paying duplicative taxes for income earned out-of-state and already taxed by other states. But the Supreme Court previously ruled states can tax their residents seemingly without limits.

6. Yates v. United States: Does the federal white collar criminal law known as Sarbanes-Oxley cover “shredding” fish? In this case, a Fish and Wildlife officer issued a citation to John Yates for catching undersized red grouper in the Gulf of Mexico. Yates was instructed to return to port where the grouper were to be seized, but when he arrived, the officer counted fewer undersized fish and suspected Yates threw them overboard. Yates was convicted under Sarbanes-Oxley for destroying “tangible objects” with the intent to obstruct an investigation.

The Supreme Court has plenty of room on its 2014-2015 docket to add more cases, and it may do so following the “mega-conference” on Sept. 29. The justices may not be eager to jump back into the marriage debate—as Justice Ruth Bader Ginsburg suggested during a talk at a law school last week—but it seems only a matter of time before the issue is back before the Court. Following the Court’s 2012 decision in United States v. Windsor, traditional marriage laws have fallen across the country. Parties from cases out of Indiana, Oklahoma, Utah, Virginia and Wisconsin already have petitioned the Court for review.

The justices also may hear a challenge to the IRS subsidizing health insurance purchased from federally-run Obamacare exchanges. Section 36B of the Internal Revenue Code, enacted as part of Obamacare, allows the IRS to provide subsidies to individuals who buy health insurance through state-run exchanges, and the IRS claims it can extend this to individuals in the 27 states that chose not to open exchanges. Two appellate courts issued rulings within hours of each other that reached opposite conclusions about this IRS interpretation. Given the significant implications this may have for the practical implementation of the law, it looks like Obamacare may be heading back to the Court for a third time.

To hear about all these cases and how the term may unfold, join us at Heritage for our annual Supreme Court Preview on Thursday at noon (or watch online). Legal luminaries Paul Clement and Michael Carvin will discuss the big cases of the upcoming term.