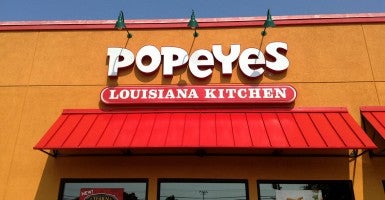 If the Obama Administration has its way, Ronald McDonald may soon have to wipe that grin off his face as he stands beneath the Golden Arches. One of the most successful models for expanding small-business ownership in America is under full-scale attack from unions and the White House.

No longer would franchisees be legally classified as independent contractors to the parent company. The left wants the employees of each of the hundreds of thousands of independently owned franchise restaurants, hotels, retail stores and others to be considered jointly employed by both the independent franchisee and parent.

This change would overturn a 30-year legal precedent for how the National Labor Relations Board (NLRB) deals with franchisees.

As of now, entrepreneurs can purchase and run their own stores. Likewise, the parent company is sheltered from legal risks associated with the actions on the part of the independent franchisees. Furthermore, regulations such as ObamaCare that apply to large businesses do not affect smaller franchise operations.

With this change, parent companies with deep pockets could also be targets for shakedowns and lawsuits any time that there’s a grievance with a locally operated store.

Legal experts worry that the franchising model could become extinct. The stakes are huge because by the end of this year, the more than 770,000 of these independently owned franchise stores nationwide are expected to employ more than 8 million workers.

More than 31,000 automotive businesses, more than 155,000 fast-food restaurants and nearly 90,000 real estate businesses are part of this model.

The first serious assault against franchising came in June, when the city of Seattle, at the urging of the Service Employees International Union, enacted a $15-an-hour minimum-wage law applying to businesses with more than 500 employees.

The catch here is that the law applies to franchise businesses if the parent company and all its stores employ more than 500 workers. So a local Wendy’s (NASDAQ:WEN) restaurant with only 20 or 30 employees is considered a big business.

Venture capitalist Nick Hanauer, a member of the mayor’s minimum-wage committee, explained the reasoning in an email: “The truth is that franchises like Subway and McDonald’s really are not very good for our local economy.”

Then in July, the franchise model took another hit when the National Labor Relations Board’s general counsel ruled that McDonald’s. can be held legally liable for labor violations because the parent company is a “joint employer” in all its thousands of stores. If this rule, now under legal challenge, were to stand, it would have huge consequences. The parent company could be liable if a McDonald’s store in, say, Rockford, Ill., violated overtime pay or workplace discrimination laws.

For the trial bar, this could be a godsend. The Erbe Law Firm in Iowa, which follows this issue closely, reports that “since November 2012, 181 complaints have been filed against McDonald’s with the NLRB.”

“Seattle’s new minimum-wage law unconstitutionally discriminates against franchisees by categorizing them as big businesses even when they are small and independently owned.”

The charges claim that McDonald’s franchisees and McDonald’s U.S.A. violated the rights of employees as a result of activities surrounding employee protests. The charges mostly have to do with the minimum-wage rallies organized by local unions.

Meanwhile, the industry is fighting back in court with a request for an injunction against the Seattle law.

Paul D. Clements, a former U.S. solicitor general now representing the industry in this lawsuit, stated: “Seattle’s new minimum-wage law unconstitutionally discriminates against franchisees by categorizing them as big businesses even when they are small and independently owned.” He calls the law “an unfair attack on small business owners who happen to be franchisees.”

Businesses claim that Seattle’s law violates the Constitution’s interstate commerce clause because it imposes higher costs on stores in Seattle that have out-of-state parent companies. The giant worry is that Seattle’s law could become a standard in other cities. It’s also challenging the NLRB ruling on joint ownership.

An added concern is that the NLRB ruling may require fast-food companies to take on the near-impossible task of regulating and monitoring the hiring practices of its thousands of franchisees.

Catherine Monson, CEO of Fastsigns International and a member of the International Franchise Association (IFA) board of directors, warns that the NLRB ruling makes no economic or legal sense because “the franchisor plays no role in hiring, firing or directing the franchisee’s employees.”

The industry believes that if the unions and NLRB win in court, the ObamaCare employer mandate law requiring firms with more than 50 employees to provide health insurance could now be applied to nearly every fast-food and hotel chain in America. By some estimates, this requirement could cut franchise store profits by as much as half.

This fight is sold as an attack against billion-dollar-plus corporate chains like McDonald’s and Burger King (NYSE:BKW). But the IFA notes that most small fast-food stores have razor-thin profit margins. The average store turns an annual profit of $50,000 to $100,000 on sales of $2 million to $3 million. Some multiple-franchise owners get rich, but most do not. Tens of thousands are minority-owned.

“The franchise relationship is a win-win for everyone,” says IFA President Stephen Caldeira.”It helps entrepreneurs by allowing them to own their own stores, it helps consumers by holding prices down, and it helps the economy because these stores employ millions of American workers.”

Caldeira is confident that the courts will rule in favor of established franchise law. But these days, with the courts packed with Obama-appointed judges, there are no sure things.