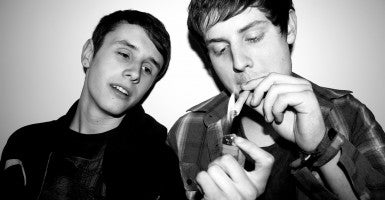 Teens who smoke marijuana daily are over 60 percent less likely to graduate from high school than their peers who never use, according to a study released this month.

According to The Lancet Psychiatry, a British health research journal, teens who smoke marijuana daily are “also 60 percent less likely to graduate college and seven times more likely to attempt suicide,” per the Washington Post report. The researchers found “clear and consistent associations between frequency of cannabis use during adolescence and most young adult outcomes investigated, even after controlling for 53 potential confounding factors including age, sex, ethnicity, socioeconomic status, use of other drugs, and mental illness,” according to the summary of their report

Their findings conclude that adolescent cannabis use results in “adverse young adult outcomes.”

“The results of the study are not surprising, and only add to other studies that have shown a similar disturbing result,” said Stimson.

Researchers observed 3,725 students from Australia and New Zealand. They studied the frequency of their marijuana use as adolescents and their resulting personal development until they were 30 years old.