IRS Struggling to Figure Out Which Companies Owe This Obamacare Tax 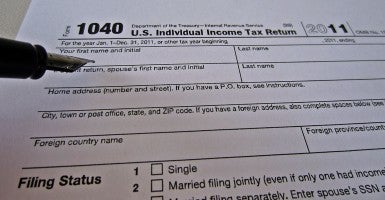 NASHVILLE — Internal Revenue Service officials must enforce a new Obamacare tax designed to collect money from medical device manufacturers, but they’re losing money because they don’t know which companies even qualify for the tax, a new audit shows.

On top of that, the IRS wrongly penalized more than 200 of these companies for not paying their taxes when, in fact, they did pay, the audit from the Treasury Inspector General for Tax Administration reports.

Why doesn’t the IRS know whom to tax?

Medical device manufacturers have to register their products with the Food and Drug Administration.

But the FDA’s registration requirements for medical device manufacturers never quite matched that of the IRS.

Because of the ensuing confusion, tax revenues are far lower than expected, by as much as $117.8 million for one period alone last year.

Members of the Washington, D.C.-based Advanced Medical Technology, a trade association that opposes the tax and wants full repeal, say the findings don’t surprise them.

The organization, Scott added, warned the IRS of these potential problems before the law’s implementation.

“The device tax remains a drag on medical innovation and has resulted in the loss or deferral of more than 33,000 industry jobs.”
Read More on Watchdog.org.