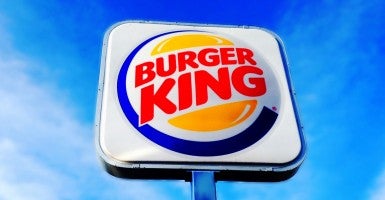 How many iconic American companies have to leave or threaten to leave these shores for foreign lands before Washington acts to fix our anti-growth tax system and keep firms, profits, and jobs here in the U.S.?

Burger King became the latest Fortune 100 company to announce it is looking to leave. The company is considering a deal to merge with Canadian restaurant chain Tim Hortons and move its headquarters north across the border.  The multi-billion dollar deal would make the $11.4 billion hamburger company now based in Miami a Canadian firm valued at more than $21 billion. The technical term for this transaction is an “inversion.”

Why is it happening? The combined federal and state corporate income tax rate in Florida is 38.6 percent, near the highest in the world and more than a third higher than the combined national and provincial rate of 28.0 percent in Ontario, Canada.  This is costing American workers jobs and the U.S. capital investment.

No surprise that tax shares for both Tim Hortons and Burger King soared nearly 20 percent at the prospect of less of the company’s profits being taken in taxes—a boon to investors of more than $3 billion in one day.  So far this year companies like Pfizer, Walgreens, AbbVie, and others have investigated similar moves to lower their tax bills.

Expect a blizzard more of these tax moves if the U.S. corporate tax isn’t reduced quickly to at most the average in the industrialized world of 25 percent. Better yet would be to abolish the corporate tax altogether and tax the shareholders on these profits. This would cause a flood of companies to come to the U.S. rather than leave.

The hamburger is a quintessential American food.  What could be more unpatriotic than giving firms like Burger King a financial incentive to leave the U.S. because of the high tax rate here? Thanks, Congress!