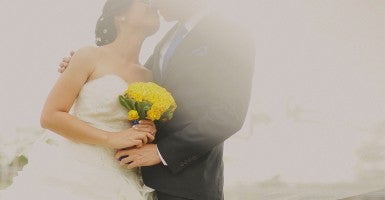 What men and women do in their single lives makes a difference in their marriages down the road, according to a study released Tuesday by the National Marriage Project. Those with more sexual experience, who have cohabited with others prior to marriage, and who are raising children from previous relationships all tend to have lower quality marriages.

Researchers Galena K. Rhoads and Scott M. Stanley found that both men and women who only had sex with the person they married reported higher marital quality. However, on average, people had five sexual partners before tying the knot.

Why is cohabitation before a commitment to marriage linked with lower marital quality? Cohabitation may make it harder to end a poor relationship, say the researchers. Couples may be more likely to “slide” into marriage rather than make a deliberate decision. “Living together creates a kind of inertia that makes it difficult to change course,” the researchers note.

Interestingly, the wedding itself also mattered. Couples who had a formal wedding and those who had more guests at their wedding reported happier and more stable marriages. The researchers attribute this finding to two factors: symbolic commitment and community support. A wedding symbolizes public commitment of a decision and may strengthen commitment to that choice. And having more friends and family who witness that commitment may likewise help increase that commitment. A greater social network supporting the couple may also contribute to the connection between more guests and higher marital quality.

Marital quality matters not only for adults’ happiness, but also children’s wellbeing. Children do best when raised by their married, biological parents in a healthy marriage. Marital breakdown is costly for everyone involved and for society as a whole.

Most young adults say a successful marriage and family is very important to them. As this report shows, however, the road to marriage today is often paved with experiences that may not make for the highest quality marriages. The good news is that this doesn’t have to be the case. Rebuilding a culture of marriage is crucial to helping people achieve their dreams of a happy marriage and family life and for building the foundation of a strong society.