Why Is the Hollywood Elite Trying to Deny Others What They Have? 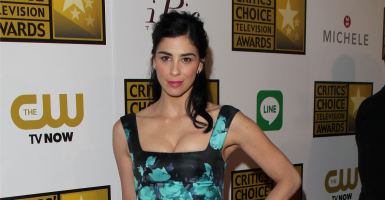 The demonization campaign against short-term debt seems to be picking up momentum.  Unfortunately, it looks as though nobody cares that these efforts could hurt the people using  short-term consumer credit services to help themselves.

Last week, Yahoo! Finance ran a story titled “The reign of payday lenders may soon be over.”  The article recounts how the advocacy group National People’s Action’s advertisements during the Discovery Chanel’s Shark Week painted the payday loan industry as a bunch of vicious predators. Celebrities John Oliver and Sarah Sliverman joined forces and begged people to “literally do anything else” but take out payday loans.

What, exactly, qualifies Oliver and Silverman, who are both comedians, to give financial advice to people? Nothing.

Of course, Oliver had no problem making fun of TV host Montel Williams as unqualified to hand out financial advice. (Williams participated in a commercial promoting a lending company).

Regardless, the basic problem here is the complete failure to acknowledge that people may actually find these payday loans useful.

The Yahoo! article cites enormous growth in the payday loan industry, from “just over $1.5 billion in 2006 to more than $4 billion in 2013.”  But it completely discounts the possibility that this industry grew so much because it provided a useful service, one that is, on balance, beneficial to both customer and business owner. Sometimes, people may consider it worth it to have money they need now – even if they have to pay for it.

Maybe that’s too difficult to grasp for well-heeled actors and actresses who never run out of cash because they make such a good living from reading scripts and pretending, but many people actually depend on credit to buy things.  (Some payday loan customers even tip their tellers.)

The article makes several claims that critics continue using to mistakenly paint the industry as evil, including:

The article appears to get these figures from a Pew study, and it seems as though they are converting fees and interest rates to annual percentage rates (APRs).  But the APR concept represents the yearly interest cost over the term of the loan, so these high percentages typically do not describe anything useful for short-term payday loans.

Even the CFPB report cited in the Yahoo! article implies that the APR concept does not really apply to these loans.  Page 43 of the report states that:

“Most of the transactions conducted by consumers with 7 or more loans were taken within 14 days of a previous loan being paid back—frequently, the same day as a previous loan was repaid.”

In all of these cases, the principal loan amount was paid back, so the APR cannot apply to the original loan.  Still, even if the APR concept did apply to these loans, there is nothing inherently wrong with lenders and borrowers agreeing to terms on loans – even if the host of an HBO talk show thinks the cost is too high.

Several other claims that are much less technical than the APR issue also miss the mark.

Nobody should engage in illegal activity, but what is wrong with attempting to recoup money that one is legitimately owed?  (The article says nothing about where the IRS tactic of placing holds on checking accounts, to pay for alleged back-taxes, falls on the aggression spectrum.)

So, payday lending is bad because fake payday lenders commit fraud?  That’s a tough hurdle for legitimate business owners in any industry to get over.

It’s particularly interesting that any consumer advocate-types – or any government agencies – would have a problem with borrowers paying back more than the original amount borrowed. For nearly a century federal housing policies have been dedicated to getting more people to take out long-term home mortgages.

Somehow, the fact that these borrowers can pay back more than the amount they borrow – frequently enough to purchase another home outright – is perfectly acceptable, but it’s an atrocity if the same happens for a $500 loan.

The level of condescension and hypocrisy on display throughout this campaign to demonize payday lenders is all too typical of progressivism.

Value is subjective.  People – even policymakers and actors – should avoid assuming they know how “poor people” view their own situation and their own transactions with payday lenders.

If people like Oliver and Silverman are so concerned with helping poor people obtain credit without paying “frightening levels of interest,” they should pool their resources and start their own loan company.