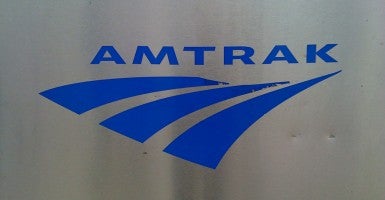 The DEA partners closely with the Amtrak Police Department, cooperating together on a joint drug task force. The narcotics agency chose to independently approach and maintain its own informant.

According to a June 30 report by Amtrak’s inspector general, the DEA paid an Amtrak secretary $854,460 over 20 years for “passenger name information”—intelligence the DEA could’ve received for free.

After being removed from service—and rather than face charges—the informant chose to retire early, according to the inspector general’s report. During his tenure, the employee “worked as a secretary to a train and engine crew.”

An Amtrak secretary made $854,460 over 20 years doing work that was available at no cost to taxpayers.

The incident has already drawn the ire of lawmakers.

In an open letter to DEA Administrator Michele Leonhart, Sen. Chuck Grassley, R-Iowa, expressed both frustration that the funds were spent improperly and concern that drug agency decided to go it alone.

The ranking member of the Judiciary Committee believes “the DEA’s actions reflect an unwillingness to cooperate with the [Amtrak Police Department] on investigations of narcotics trafficking.”

“This is another reason why DEA Administrator Michele Leonhart needs to resign. Her department has misplaced priorities and appears to be running amok,” Cohen told US News World and Report.