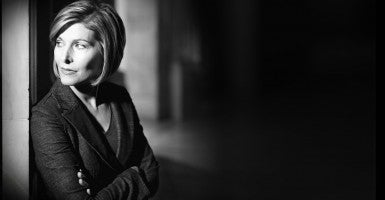 Attkisson, a senior independent contributor to The Daily Signal, filed the lawsuit against the Department of Health and Human Services to obtain information about the troubled Obamacare rollout last year.

The former CBS News reporter and Emmy award-winning journalist won’t be going alone; the legal group Judicial Watch will represent her in court.

The lawsuit follows four unsuccessful Freedom of Information Act requests. In October 2013 and again in June of this year, Attkisson requested information from the Centers for Medicare and Medicaid Services (CMS) concerning the efficiency and security of the HealthCare.gov website.

>>> Obamacare Exchanges Are ‘Disappointing’ With Fewer Than 4 Million Newly Insured. The Government Hoped for 26 Million.

Since its October launch last year, Obamacare has faced a host of technical, administrative and political challenges.

The lawsuit represents an effort to shed light on these developments, according to Attkisson. In a statement published on her website, she wrote:

From the moment Health and Human Services falsely denied it was tracking enrollment numbers in the early disastrous days of HealthCare.gov, to HHS keeping secret the details of the security risks it discovered prior to—and after—the website’s launch, to HHS excluding journalists from viewing—but inviting favored private interests to view—the repair operations in progress, I’ve been seeking much of this undeniably public information.

Attkisson hopes to succeed where Congress has failed. Hitherto, a congressional investigation of the Obamacare rollout has proven inconclusive.

Last week in a letter to House Oversight Chairman Darrell Issa, R-Calif., HHS announced that subpoenaed documents “might not be retrievable.”

Issa complained that the Obama administration has destroyed emails without disclosure to Congress or the National Archives, a practice he charges is “in violation of federal law.”

Attkisson admits that her lawsuit can never produce these lost documents “out of thin air,” but she said a court might help “get to the bottom of what occurred.”

Unfazed and optimistic, Attkisson wrote on her website that “It doesn’t hurt to try.”