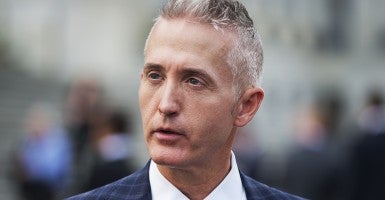 The House Benghazi Select Committee started its investigative work this month. No fireworks yet, and that bothers the critics of the committee, who continue to contend that it is all a big waste of money. It is not. Understanding the massive policy failure that led to Benghazi is important, and furthermore, the Committee’s budget is fairly modest. It will be well worth it.

In The Washington Post, Jennifer Rubin went so far as to suggest that we don’t need a select committee on Benghazi, but on the Obama administration’s Middle East policy, and Senate Select Committee as well. This in an intriguing thought, but for now, the House Benghazi Committee can shed much light on the making of the Middle East disaster by getting to the bottom of what happened on September 11, 2012.

The committee composed of seven Republicans and five Democrats has started the work of closed door interviews and reviews of documents relating to Benghazi. Committee Chairman Trey Gowdy, R-S.C., however, has stated clearly that he does not want a politicized investigation. Nor is he expecting it to be done before the mid-term elections in November.

Gowdy has not ruled out a few hearings when Congress is back in September, but that is not his main focus of his work.  “I can get more information in a five-hour deposition than I can in five minutes of listening to a colleague ask questions in committee hearings,” Gowdy told the ABC News blog “The Note”.

“If it’s about getting the information,” he added, “then you want to use the investigatory tool that is most calculated and gets you the most amount of information and that’s not five minutes in a committee hearing.”

This low-key, factual approach raises the possibility that the Select Committee will get to the truth. It does, however, leave the committee vulnerable in the absence of any newsworthy information, as its critics will have an open field. Yet, its work could have a profound impact on how U.S. foreign policy in the Middle East is understood.

Consider this: The Obama administration, who dismissed Benghazi as a “phony scandal,” according to the New York Times, decided to start bombing the terrorist Islamic State forces to drive them from the Kurdish capitol of Erbil precisely because they feared another Benghazi. The loss of more Americans diplomats on the ground in the Middle East would be politically disastrous. Clearly, the continuing attention on Benghazi is affecting politicians.