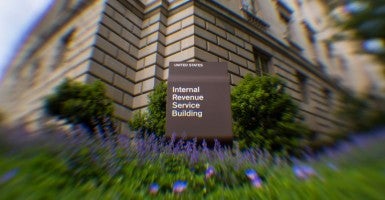 While Congress takes its five-week vacation, the hard work of union organizing continues at the National Treasury Employees Union. And it’s subsidized by taxpayers.

The IRS’ deputy commissioner calculates these union workers spent 573,319 hours in 2012 on NTEU business. That’s the equivalent of 286 full-time employees doing nothing but union labor.

>>> Why Did This Union Oppose Higher Pay for Its Members?

“The union naturally wants greater benefits, bigger salaries and more handsome bonuses, so Congress pays the union to do it,” the Times reported.

“With hundreds of thousands of dollars in the bank, union money will flow to candidates as needed to keep the Senate under Democratic control,” the Times wrote.

>>> How Unions Tried to Defeat the Little Guys—and Lost

The union’s president, Colleen Kelley, also is an Obama appointee to the Federal Salary Council, which advises the government on how much to pay federal employees.

“They’re not working for taxpayers. Instead, they’re working against the agency by bringing grievances and trying to increase the cost to taxpayers through collective bargaining agreements,” Mehrens said. “It’s a vicious cycle that increases the cost of government.”