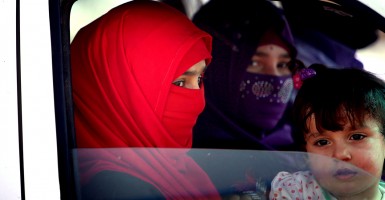 According to news reports, Iraqi prime minister Nuri al-Maliki has ordered Iraqi military forces to seize government buildings.The move comes in the wake of an ongoing dispute over forming a new government. After an Islamist insurgency over ran large swathes of Iraq, there was an effort to replace Maliki with a “unity” government that would enjoy broader support and deal more effectively with the crisis.

If Maliki chooses to rule without the support of parliament, the collapse of the central government could well be inevitable.Without a legitimate central government, Iraq could quickly fragment, further complicating the U.S. effort to support the resistance to the invasion led by the Islamic State of Iraq and al Sham.Further, absent U.S. support, Maliki will have little choice but to align with the regime in Tehran. As a result, conflict in Iraq could well dissolve into a mixture of sectarian warfare and regional struggle. In addition, there is the threat posed by Islamist insurgency led by ISIS.This situation is far more grave than just the “humanitarian” crisis President Obama declared he intended to address before he departed the White House this weekend.The administration faces three daunting tasks. It must continue to support the Kurds, who are doing the brunt of the fighting against ISIS. The U.S. must support Jordan. A stable Jordan  is key to containing the spiraling conflict. Further, the U.S. must move quickly, pressing to reestablishing a legitimate government in Baghdad. If the White House can’t achieve these tasks, there is little hope that the region can be spared a bloody, vicious and dangerous civil war.