Twitter Mob Comes for Dave Chappelle. It’s Time to Realize They Aren’t As Powerful As They Think. 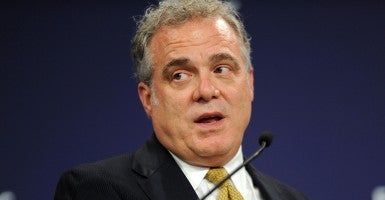 Aetna has picked up 600,000 customers thanks to the Affordable Care Act. But is the company any more profitable? CEO and Chairman Mark Bertolini couldn’t say for sure.

Speaking this week on CNBC’s The Squawk Box, Bertolini admitted he was unsure if customers who signed up through Obamacare’s federal and state-run insurance exchanges would yield any noticeable profit margins.

“We don’t know what their margins are,” he said of Americans signing up for Obamacare health plans that Aetna offers in 17 states.

Bertolini said the initial Obamacare enrollment numbers were worse than expected but younger enrollees increased in April in May, when Aetna picked up two-thirds of its customer growth through Obamacare.

Edmund Haislmaier, a senior research fellow at The Heritage Foundation, said in a recent report the industry saw only a small net increase in private coverage in the first quarter, but enrollment increased in the spring, when the exchange software problems abated.

Haislmaier also said most of the increases were coverage substitution—people who lost their work-based insurance and had to buy on the open market.

Bertolini also admitted in the interview that Aetna had experienced some Obamacare customer attrition, but said he didn’t have specifics details or the number of customers who were dropping off from paying for their health plans.