Marriage Won’t End Poverty. But It Will Help (A Lot). 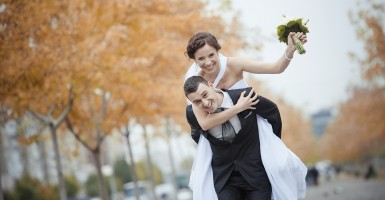 Marriage isn’t the answer to poverty. That’s the argument made last week in The New Republic by Carter Price, who asserts conservatives are too preoccupied with marriage in anti-poverty efforts.

Price takes particular issue with a Harvard study by Raj Chetty and colleagues that suggests children, regardless of whether they come from a single- or married-parent family, have greater social mobility when raised in a community with a higher share of married parents. Price notes that some areas of the country with high shares of single mothers are doing better (or worse) than Chetty’s study would predict. In other words, marriage doesn’t explain everything. But neither does any other factor.

Price restates the common progressive argument that poverty leads to marital breakdown rather than the other way around. Yet, even Harvard professor William Julius Wilson, whom Price cites in his article, can see this is false. Wilson, who is no conservative, makes the case in his book When Work Disappears: The World of the New Urban Poor that economic factors aren’t solely to blame for marital decline, specifically among African Americans.

“Although there is a strong association between rates of marriage and both employment status and earnings at any given point in time, national longitudinal studies suggest that these factors account for a relatively small portion of the overall decline in marriage among African-Americans,” Wilson says. Economic and cultural norms work together, he says. “The weaker the norms against premarital sex, out-of-wedlock pregnancy, and nonmarital parenthood, the more that economic considerations affect decisions to marry.”

There is a strong connection between the breakdown in marriage and child poverty. Living with two working parents raises household income. Children in single-parent homes are more than five times as likely to be poor, regardless of parental education level. They also are more likely to drop out of high school, spend time in prison, abuse drugs and alcohol, and have an unwed birth.

Price actually has it backwards. While the War on Poverty has paid too little attention to marriage over the last 50 years, marital breakdown and unwed childbearing have soared, particularly in low-income communities. Today, more than 40 percent of children are born to single mothers, up from less than 10 percent in the under 10 percent in the 1960s.

Of course other factors matter. In fact, The Heritage Foundation’s 2014 Index of Culture and Opportunity examines the multiple factors that contribute to opportunity: a strong economy, a thriving work ethic, access to quality education, as well as strong families. These factors work together, not independently of each other.

A sound anti-poverty strategy must include: self-sufficiency through work, implementing policies to encourage job creation, improving access to quality education, and taking steps to restore a culture of marriage. Combining these efforts will help create a society where more individuals have the opportunity to succeed and flourish.