Lawmakers Ponder Ways to ‘Get Politics Out of the IRS’ 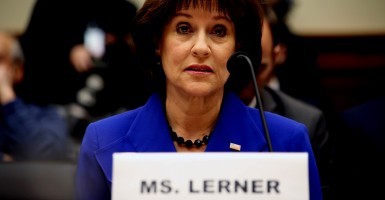 Could the IRS be governed by multiple commissioners? Some lawmakers hope so.

One proposal is to name multiple members from both major political parties to a commission to govern the agency. Having a single commissioner in charge, as is now the case, allows problems to go unnoticed and  “emboldened division-level leadership” such as former IRS official Lois Lerner to run fiefdoms with relative impunity, a committee report said.

Another suggested reform is to limit the time the IRS may consider an application for tax-free status for nonprofit policy advocacy and political groups. Still another is to make it easier to fire IRS employees for improper actions.

“Our mission on the Oversight and Government Reform Committee is to make government work better for the American people,” Chairman Darrell Issa, R-Calif., said in opening remarks. “We must get politics out of the IRS.”

Issa’s House panel has held about a dozen hearings on the IRS’ targeting of tea party and other conservative groups for extraordinary scrutiny before the 2012 elections  and is investigating whether agency officials  got marching orders from the White House. Lerner, who has refused to answer questions about the targeting scandal before Congress,  oversaw the IRS division that approved or rejected advocacy groups’ applications for tax-exempt status.

In anticipation of yesterday’s hearing, called “IRS Abuses: Ensuring That Targeting Never Happens Again,” the committee issued a staff report outlining 15 potential reforms (embedded below). Many of the proposed changes, though not all, would require majority votes in Congress.

Among the reforms suggested:

Heavily favored by Republicans on the panel, the proposal calls for making the IRS a multi-member, bipartisan commission similar to the Federal Election Commission. The report states:

The committee’s investigation has shown how easily the IRS can trample individuals’ constitutional rights. With such vast power over every taxpayer and an increasing policy agenda, the IRS sorely needs measured policies and public acceptance of its action.

Such a measure was backed by von Spakovsky, a former FEC commissioner. The current structure of the IRS, Heritage’s senior legal fellow  told the committee, “will leave any political involvement subject to claims that the agency is being misused for partisan purposes.” He added

The whole advantage of having a multi-member commission is that the board has to work to try to reach consensus on issues. …You’ve got people with different points of view raising issues on it. It’s particularly important, quite frankly, to have people of both political parties on there.

Issa agreed that a bipartisan commission would help boost Americans’ confidence in government. “American confidence is much greater than when the political appointee of one party makes a decision,” he said.

Currently, a single commissioner, John Koskinen, sits at the helm of the IRS.

Mitchell said some of the groups targeted by the IRS waited years to receive a response. Mitchell, whose clients include voter-fraud watchdog True the Vote, said the inordinate delay is what tipped her off to wrongdoing.

One organization, she said, applied for tax-exempt status in October 2009, didn’t hear from the agency until June 2010, and didn’t receive tax-exempt status until July 2013–a year after news of the scandal broke.

Von Spakovsky and others argued for a time limit for the IRS to review applications. Mitchell called for eliminating the application process entirely, saying:

Then you won’t get into a fight about whether its progressives or tea party because you take away the power of the IRS to make that determination in the first place.

The committee called for a more “streamlined approach” for processing applications for 501(c)4 organizations such as King Street Patriots, started by True the Vote founder Catherine Engelbrecht . Such an approach, von Spakovsky said, would grant tax-exempt status automatically if the IRS failed to respond within a predetermined time period. The specified period could be lengthened, he said, if the agency requested more information.

Such a time limit, he noted, is adminisitered by the Department of Justice under Section 5 of the Voting Rights Act.

Sherk, the Heritage labor economist,  said it takes “heroic” efforts to remove federal employees from their positions, and agency managers  rarely attempt to do so because of the exhaustive process.

Lawmakers agreed the process for firing federal workers should be improved. The committee report said:

The current personnel practices are unfair to American taxpayers and do little to deter misconduct by federal employees. The federal government must implement better policies relating to administrative leave.

Employees accused of wrongdoing are placed on administrative leave, then can go through a lengthy appeals process if ultimately fired. Sherk pointed to one postal employee whose appeals lasted three years.

Note: This post has been modified to correct a reference to True the Vote. Read the entire committee report on IRS reforms:

Getting Politics Out of the IRS and Other Solutions