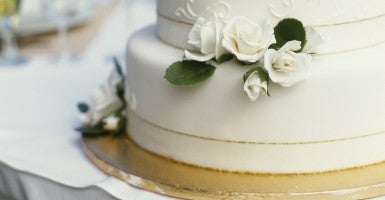 Jack Phillips, the cake artist facing legal action and a ruling to re-educate his staff because he declined to design a wedding cake for a same-sex ceremony in 2012, has filed a notice of appeal with the Colorado Civil Rights Commission.

Phillips, owner of Masterpiece Cakeshop in Lakewood, Colo., said in his appeal he would be happy to provide other baked goods, but he could not design a wedding cake for them because of his beliefs about marriage.

In the appeal, Phillips says that he “declined [the same-sex couple’s] request, explaining that he would be happy to provide any other baked goods, but he could not design and create a wedding cake for them because of his beliefs about marriage.”

Following the incident, the American Civil Liberties Union then filed a lawsuit against Masterpiece Cakeshop. On May 30, the Colorado Civil Rights Commission upheld a December ruling by Administrative Law Judge Robert N. Spencer that Phillips had discriminated against the couple “because of their sexual orientation.”

The commission’s order requires Phillips to design wedding cakes for same-sex ceremonies in violation of his beliefs, institute re-education classes for his staff on the Colorado Anti-Discrimination Act and send quarterly “compliance” reports to the commission for two years.

Phillips claims in his appeal that under the First Amendment, the government cannot compel him to convey a message with which he does not agree.

As many celebrity cake-makers agree, creating a wedding cake is not an assembly line production. It takes hours of careful work to design cakes that reflect the interests, personality and commitment of the couple. In fact, the same-sex couple he turned away obtained a cake from a nearby bakery with a rainbow-filled center, a design about their relationship.

This is the issue at the heart of the appeal: Phillips claims the government should not be forcing business owners to betray their consciences and convey what they do not believe. Even more importantly, he says, the government should not be in the business of “rehabilitating” consciences or “re-educating” its citizens to change their moral beliefs about the definition of marriage.