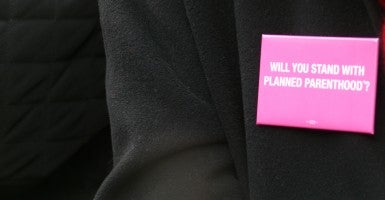 For the third year in a row, an annual report by Alliance Defending Freedom discovered widespread waste, abuse and potential fraud by Planned Parenthood on the taxpayer’s dime.

The report comes as the organization faces backlash following undercover videos that revealed counselors offering controversial sex-ed advice about “BDSM”—a practice in which sexual partners beat, lash, or otherwise inflict pain on each other—to girls who the staffers think are 15- and 16-year-olds.

The report, “Profit. No Matter What,” suggests Planned Parenthood and its affiliates repeatedly engage in fraudulent billing practices that are designed to maximize its bottom-line revenues.

Detailing 44 known audits from across the country, the report documents cases of Planned Parenthood unlawfully billing “to complex, well-funded federal and state programs that are understaffed and rely on the integrity of the provider for program compliance.”

Aden said this amounts to approximately one in four Planned Parenthood affiliates that have been implicated and/or accused of fraud, waste and abuse.

Planned Parenthood receives more than$500 million annually from taxpayers, which amounts to almost half of the organization’s budget. The report estimates that improper practices have resulted in the loss to taxpayers of more than $115 million.

Aspreviously reported by The Daily Signal, the organization is set to receive additional taxpayer funding under the Personal Responsibility Education Program, an Obamacare-funded sex-education initiative.

In February 2013, at the request of Reps. Diane Black, R-Tenn., and Pete Olson, R-Texas, as well as other members of Congress, the U.S. Government Accountability Office opened a special investigation into the use of federal taxpayer dollars by Planned Parenthood Federation of America and its related entities.

“The team is using multiple federal databases and interviewing organizations’ representatives to obtain data on federal obligations and disbursements to these six organizations,” she said, adding that the report is expected to be issued next February.

Black said she’s “pleased” the GAO, for the first time, is conducting a comprehensive investigation into Planned Parenthood and other abortion providers.

“The federal government providing taxpayer funding to abortion providers is a serious problem in our nation,” she said. “I look forward to reviewing the results, and ultimately mobilizing the support needed to stop federal funding of abortion providers once and for all.”

Whether or not Congress rallies behind greater oversight of Planned Parenthood and its affiliates, Aden said Alliance Defending Freedom will continue issuing its own annual reports examining the organization’s controversial practices.

Planned Parenthood did not respond to The Daily Signal’s multiple requests for comment.