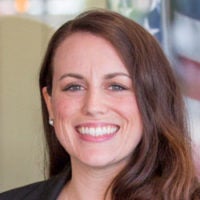 Christine Cooke, J.D., a former public school teacher, is director of education policy at the Sutherland Institute, a conservative think tank that advocates for a free market economy, civil society, and community-driven solutions.

The most recent Census Bureau report on fertility in the United States, published this month, shows an increase in both unwed first births and children born into poverty.

Over 40 percent of all children are born outside marriage today, a historical high. In 1994, only 30 percent of first births were to unmarried women. By 2005, that number had increased to 45 percent. Part of this is due to the increase in cohabiting relationships—couples living together outside marriage—a status which does not have the same benefits as marriage.

These trends don’t bode well for children. Children in single-parent homes are more than five times as likely to be poor compared to their peers with married parents. According to data from The Heritage Foundation’s new 2014 Index of Culture and Opportunity, 40.9 percent of unmarried female-headed families with children were poor in 2012. This is partly because unmarried mothers tend to have less education than their married peers.

Unmarried childbearing also correlates with a number of negative outcomes for both the mother and child. Research cited in the report shows that women whose first birth is outside marriage are less likely to tie the knot in the first place and more likely to divorce if they do marry. Not only are women with unwed first births more likely to start motherhood with lower educational achievement than their married peers, they also tend to not catch up. Unsurprisingly, studies suggest that poverty and disadvantage are perpetuated by unwed births. In fact, 80 percent of long-term poverty occurs in single-parent homes. As Lawrence Mead of New York University explains, “Marriage, not money, now marks the chief dividing line between classes in America.”

The Census report shows that poverty is linked to lower academic performance and a greater likelihood of family instability. Even when taking these factors into account, though, children on average do best if raised by their married mother and father.

Of course, there is no simple solution to poverty, but any serious anti-poverty effort should aim to strengthen marriage. Many ignore the importance of marriage to a child’s well-being, choosing instead to view it as an optional institution affecting only adults. It’s time to change that.

Christine Cooke is currently a member of the Young Leaders Program at The Heritage Foundation. For more information on interning at Heritage, please click here.