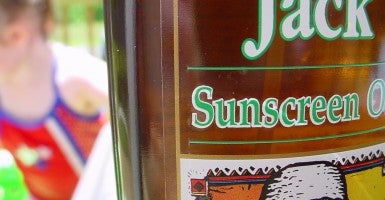 Before lawmakers adjourn for August recess, they’re expected to vote on the Sunscreen Innovation Act (H.R. 4250), designed to streamline the Food and Drug Administration’s regulatory process.

Don’t look for new sunscreen on store shelves anytime soon, though. The FDA hasn’t approved a new sunscreen formula since the Clinton administration, and Time reports that there are eight different sun-bloc ingredients that have been backlogged for more than a decade.

Many formulas commonly used overseas have been held up in the United States. Unlike their European counterparts, the FDA treats sunscreen like an over-the-counter drug and subjects products to more stringent standards.

Sen. Sherrod Brown, D-Ohio, argues the FDA is burning consumers. A supporter of the Senate version of the bill, Brown told reporters that “the FDA’s job is to block harmful rays, not to block sunscreen ingredients that can protect against these harmful rays.”

Wendy Selig, president of the Melanoma Research Alliance, blames an outdated regulatory system. Earlier this month, Selig told the Seattle Times that “everybody agrees that the process is broken down.”

This isn’t the first time the process has been amended, though. In 2002, the FDA instituted internal reforms that would automatically approve an over-the-counter drug after five years of foreign use without incident.

FDA officials blame employee shortages for the delays and told the Seattle Times the agency has “prioritized” review of additional sunscreen ingredients “as quickly as possible given the agency’s resources.”

“This is just one more example of how out-of-control regulation can end up compromising the health and safety of Americans, rather than protect it,” he said.

Skin cancer remains the most common cancer in America today, according to the Centers for Disease Control and Prevention.