Report: Fictional People Able to Sign Up for Obamacare, Get Subsidies 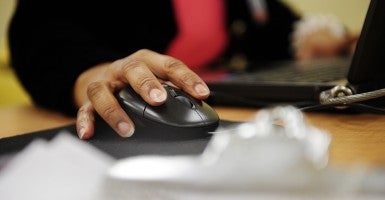 You don’t even have to be a real person to get Obamacare subsidies.

That’s the takeaway from a report issued Wednesday by the Government Accountability Office. The GAO created 12 imaginary identities, which were used by people who signed up for Obamacare

Eleven of them succeeded in obtaining coverage—and received subsidies.

“The total amount of these credits for the 11 approved applications is about $2,500 monthly or about $30,000 annually. We also obtained cost-sharing reduction subsidies, according to marketplace representatives, in at least nine of the 11 cases,” GAO’s Seth Bagdoyan said, according to NBC News.

Obamacare requires exchanges to assume applicants answered honestly all the questions on their application. Suspicious applicants are supposed to be asked to provide additional documentation to prove their claims. But the GAO found there’s no consistency in how that occurs:

For its 11 approved applications, GAO was directed to submit supporting documents, such as proof of income or citizenship; but, GAO found the document submission and review process to be inconsistent among these applications. As of July 2014, GAO had received notification that portions of the fake documentation sent for two enrollees had been verified. According to CMS, its document processing contractor is not required to authenticate documentation; the contractor told us it does not seek to detect fraud and accepts documents as authentic unless there are obvious alterations. As of July 2014, GAO continues to receive subsidized coverage for the 11 applications, including 3 applications where GAO did not provide any requested supporting documents.

According to a Congressional Budget Office April report, the federal government will spend $36 billion on Obamacare in 2014.