The Obamacare Employer Mandate Could Die in Some States 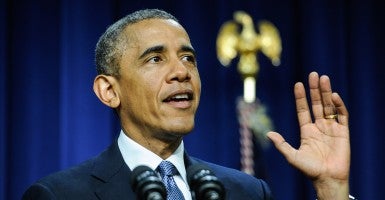 Tuesday’s D.C. Circuit and Fourth Circuit Court of Appeals rulings raise new doubts over the future of Obamacare. At the heart of these conflicting decisions is whether or not the Internal Revenue Service overstepped its authority in its interpretation of the Affordable Care Act.

The statute clearly states that subsidies are available only through exchanges established by a state, yet the IRS, in its interpretation, expanded the availability of subsidies to all exchanges – state and federal.

Should the D.C. Circuit decision (ruling against the IRS) be upheld, the impact would have a ripple effect on the health care law. First, only individuals purchasing coverage through a state exchange would be eligibility for federal subsidies. Those individuals in the federal exchanges would likely face costly premiums and many as a result may be exempt from the individual mandate. Second, since the employer mandate penalties are linked to the availability of the subsidies, employers would not be subject to the penalty in those states that did not establish a state exchange.

According to the D.C. Circuit, only 14 states (and the District of Columbia) set up state exchanges. In many cases, it has been a bumpy ride for the states. Some states are even looking to hand the exchanges back to the federal government.

Aside from amending the law through normal legislative processes, one obvious quick fix would be to get more states to set up state exchanges. But that may a heavy lift. Many states opted to not establish an exchange in part because by 2015 states are required by law to fund the operating expenses of the exchanges on their own. Furthermore, grant funding that was originally included in the law to help states establish state exchanges is gone, and it is highly unlikely Congress would be willing to appropriate additional funds toward this endeavor.