10 Ways the U.S. Should Respond to Russia’s Role in Plane Crash 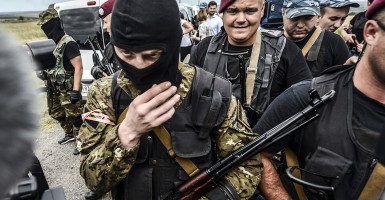 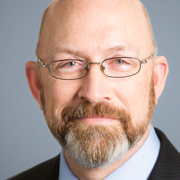 Evidence is mounting that Russian-backed insurgents in eastern Ukraine were responsible for the shooting down of a Malaysian Airlines plane, with the loss of 298 lives. This was an act of barbarism by separatists who are armed, funded, and trained by Moscow. It follows from Russia’s illegal invasion, occupation, and annexation of Crimea and its attempts to dismember eastern Ukraine through fighting a proxy war against Kiev.

Moscow must be held to account for its role in this atrocity, which further underscores that the Russian reset is dead, as well as for its actions on the ground in Ukraine. The United States should respond by establishing a new long-term strategy to deal with a hostile and aggressive Russian regime, one that protects its vital interests against the irresponsible and illegal actions of Moscow while strengthening the NATO alliance. The U.S. should pursue the following actions as part of that strategy.

New START is a fundamentally flawed treaty that dramatically undercuts the security of the U.S. and its allies. It is an extraordinarily good deal for the Russians, as it significantly limits Washington’s ability to deploy an effective global missile defense system. It does nothing at all to advance U.S. security while handing Moscow a significant strategic edge.

2. Be Prepared to Isolate Moscow Diplomatically

Washington should be prepared to expel Russia’s ambassador to Washington and deny American visas to all Russian government officials and their family members if Moscow continues to facilitate acts of aggression in Ukraine and refuses to accept responsibility for its involvement in the Malaysian Airlines atrocity.

3. Exclude Russia from the G20 Summit in Australia

Moscow should be treated as even more of a pariah on the world stage. Russia has already been suspended from the G8. The U.S. should rethink future Russian participation in the G20, the Organization for Security and Co-operation in Europe, and the Community of Democracies.

In the immediate term, the U.S. should work with Australia to exclude Russia from the upcoming G20 summit to be held in Brisbane, Queensland, in November. Washington should also work with allies in Europe to pressure FIFA, the soccer’s world governing body, to withdraw the World Cup from Russia, where it is due to be held in 2018.

In light of recent Russian aggression, the Department of Defense should prioritize U.S. training missions in Central and Eastern Europe. The Pentagon and NATO should immediately begin to review and update contingency defense plans. These plans should deliver a suitable, credible, and actionable conventional defense of NATO member nations.

The U.S. should temporarily deploy military assets necessary for protection of its allies in Central Europe and boost the number of U.S. military training facilities, including in Romania, Bulgaria, and the Baltics.

Central and Eastern European countries view NATO’s ballistic missile defense system as a fundamental part of the alliance’s defense. It is essential that the Administration uphold missile defense commitment to America’s allies in Europe, especially after its loss of credibility following the abrupt cancellation of the third site in 2009.

6. Reverse the Closure of U.S. Bases in Europe

President Obama should halt base closings in Europe and pledge a firm commitment to America’s military presence across the Atlantic. It is time for NATO to scrap the 1997 agreement with Russia, which limits the basing of NATO assets in Central and Eastern Europe. This would demonstrate U.S. commitment to transatlantic security and offer more opportunities for joint military training.

7. Provide Assistance to the Ukrainian Government

Ukraine does not enjoy the security guarantees afforded to NATO allies, but the U.S. has several military options available that do not include the immediate deployment of American forces into Ukraine. The U.S. military and its allies have the ability to provide the legitimate, democratically elected government of the country appropriate assistance to restore the stability of the country and ensure public safety.

The U.S. should buttress Ukraine’s military planning and intelligence, surveillance, and reconnaissance capabilities so that the best possible picture of this rapidly evolving crisis can be assembled and appropriate actions determined and implemented as effectively as possible. For example, it is appropriate for the U.S. to deploy teams of military planners to work with Ukraine’s general staff. Supplies, equipment, or small arms should be sent only with some measure of confidence that the materials would help stabilize Ukraine’s situation and not simply fall into Russia’s hands or those of Russian loyalists.

Some NATO members continue to provide Russia with military support. Spain allows the Russian navy use of its ports, and France is selling two amphibious assault ships to Russia. French and Spanish support to the Russian navy weakens NATO’s opposition to Russian aggression against Ukraine and projects an image of a divided alliance.

The U.S. government should make it clear at the highest levels that it views any support to the Russian navy in terms of equipment sales and port access as completely unacceptable in light of Russian aggression.

President Obama should back the lifting of restrictions on the export of natural gas and other forms of energy to U.S. allies in Europe. Much of Russia’s power in Central and Eastern Europe is the result of its control of energy supplies and distribution systems. Reducing energy dependence on Russia would dramatically weaken the economic grip Moscow has on parts of Europe and reinforce the position of NATO allies.

Diminishing Russia’s economic leverage over the region should be a key component of America’s response. This could largely be accomplished simply by liberalizing global energy markets. The U.S. has antiquated and unnecessary restrictions on exporting liquefied natural gas and crude oil, and lifting these restrictions should be a priority.

10. Expand the Target List of Russian Officials Under the Magnitsky Act

The U.S. should send a clear message to the Kremlin that its actions in Ukraine are unacceptable. Putin’s actions in recent months have made it impossible to consider Russia a responsible nation or suitable partner for the U.S.