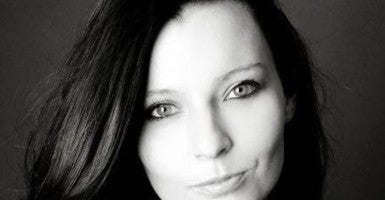 I resigned from RT today. I have huge respect for many in the team, but I'm for the truth. pic.twitter.com/mZ1g0R7N0D

Firth was a London-based correspondent of the Kremlin-funded TV channel. She worked there for five years and quit after RT suggested Ukraine was responsible for the downing of flight MH17. The network ran a story that implied the crash was an attempt to shoot down a plane in which Vladimir Putin was flying.

“When this story broke that was the moment I knew I had to go,” she told The Guardian.

RT has been criticized for being a propaganda mouthpiece of the Russian government. On Twitter, Firth charged the network of spreading “lies” and working for Putin.

@Polly_Boiko @ukTanos Lies hun. We do work for Putin. We are asked on a daily basis if not to totally ignore then to obscure the truth

In a prepared statement, RT responded to Firth’s accusations, defending its editorial judgment and claiming the network “show all sides of the story”:

Sara has declared that she chooses the truth; apparently we have different definitions of truth…RT, unlike the rest of the media, did not draw conclusions before the official investigation has even begun. We show all sides of the story, even if everyone else has already decided which side is to blame.

Firth shot back, telling The Guardian:

There is bias against Russia but you don’t counter wrong by doing even more wrong. They are putting all this money into making it look like the truth and it’s not, it’s just so sad. It’s so close sometimes to be being great.

When asked by CNN’s Christiane Amanpour if she feels a sense of responsibility in promoting Russia’s state-led propaganda, Firth said, “Absolutely … that’s something that you have to wear every day working for RT.”

Over the weekend, Secretary of State John Kerry confirmed on CNN’s “State of the Union” that pro-Russian separatists were involved in Thursday’s attack and said it is “pretty clear” Russia also had a role in the event:

Firth is the second RT reporter to resign in protest of the network’s news coverage. Earlier this year, RT America anchor Liz Wahl, who worked at the American cable network funded by Russia’s government, quit on air:

“Personally I cannot be part of a network that whitewashes the actions of Putin. I am proud to be an American and believe in disseminating the truth and that is why after this newscast I’m resigning.”