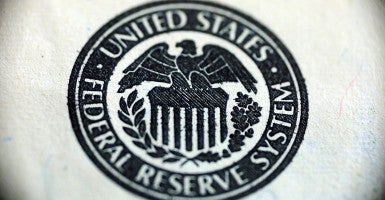 Rep. Bill Huizenga, R-Mich., wants to lift the “veil of secrecy” he said obscures the dealings of the Federal Reserve.

Would enhanced congressional oversight of the central bank’s decision-making help the economy? Or would it lead to counterproductive meddling?

That was the question members mulled Thursday in a hearing Thursday before the House Financial Services Committee.

The hearing dealt with The Federal Reserve Accountability and Transparency Act, which Huizenga and Rep. Scott Garrett, R-N.J., introduced Monday in an attempt to reinvigorate oversight.

The legislation would require the bank “to conduct cost-benefit analysis when adopting new rules and require transparency for Fed stress tests on banks and on international regulations,” according to Reuters.

House Republicans seemed on board with this attempt to increase transparency and accountability. Huizenga framed it as an attempt by Congress to regain some of its constitutional power of oversight.

“What I can’t figure out is why my colleagues here are willing day in and day out to hand that responsibility over to an administration regardless of whether there’s a D or an R behind it,” Huizenga said.

But Democrats worried too much congressional involvement would impede the ability of the bank to fulfill its responsibilities.

Rep. Maxine Waters, D-Calif., went so far as to claim the bill would “gut the agency’s ability to do its job” and “undermine the independence” of the bank.

Taylor disagreed, saying the bill “provides the appropriate degree of Congressional oversight without in any way restricting the independence of the Federal Reserve.”

Mark Calabria, Cato Institute’s Director of Financial Regulation, said he supported the bill, but he pointed to a “far more pressing concern” echoed by multiple panelists throughout the hearing.

“I believe our ultimate effort should be to get the Fed out of financial regulation,” Calabria said. “To me, that would increase independence of monetary policy. I think this Fed and I think previous Feds have acted as adjuncts of the executive branch, and I find that far more problematic.”

Taylor said the bill would improve economic performance significantly and that the debate among Democrats and Republicans is not on whether it should be passed, but when.

“The stakes are huge,” Taylor said. “I don’t think this should be a partisan issue in any way.”