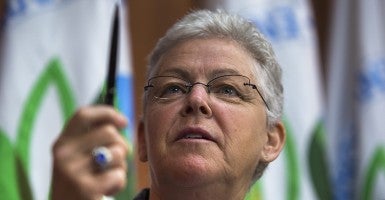 Following the revelation that the Environmental Protection Agency plans to garnish wages without a court order to collect non-tax debts (i.e. misused grant funds, unrepaid loans or “fines, penalties or fees assessed by federal agencies”), the EPA has sought to defend its proposed rules.

The agency cites The Debt Collection Improvement Act of 1996 (DCIA) as its authority for these rules and called it proposed rule “noncontroversial.” It is curious that the agency tucked these rules into the Federal Register as everyone was headed out for the July 4th vacation.

In a Politico story, part of defense offered by EPA was that it had to put these rules forward as “the same Treasury guidelines apply to all federal agencies that refer delinquent non-tax debts to Treasury for Collection.” This is not reassuring. If correct, this means we can soon expect similar rules to garnish wages without a court order from other agencies that have the power to fine citizens. Are such rules in the pipeline for the U.S. Fish and Wildlife Service, Occupational Health and Safety Administration, and the Bureau of Land Management?

No matter what the EPA says, it is just wrong for an agency to allege violations, impose fines and then garnish wages without a court order. The whole process is stacked against citizens and ripe for abuse. There are, however, a variety of simple fixes:

o It could do so by adding due process requirements to the DCIA, crafting procedures that would not be so stilted in favor of the agency.

o More directly, it could simply require that, in the case of fines or penalties, an agency obtain a court order for wage garnishment.

o It could even amend the DCIA to limit garnishment to non-regulatory debts.

There are other possible fixes, but the point is this: This is a problem that Congress should be easily able to analyze and fix in a bipartisan manner.

An EPA spokesperson tried to assuage fears stating that, before wages could be garnished for fines, alleged violators are given prior notice and the opportunity to “review, contest or enter into a payment agreement.”

When one reads regulations’ fine print that opportunity is not so encouraging. Under EPA’s proposed system, the agency gets to unilaterally decide whether there is an oral hearing or whether it will decide the case based on the paper record. If there is an oral hearing, EPA has unbridled discretion to choose where. So, if you are from Alaska for example, the EPA could decide the oral hearing for your alleged violations will be in Washington DC. Tough luck.

Also, according to EPA’s proposed system, when you arrive your hearing official will be someone picked by the very agency that has sought to impose the fine. EPA gets to designate any individual the agency considers “qualified” for that job. Could EPA’s view of “qualified” include the official who imposed the fines in the first place? Who knows? Finally the standards basically put the burden of proving one’s self innocent on the citizen. While most see this as ridiculously stacked, this is the EPA’s notion of“adopting hearing procedures that … provide due process.”

There is no reason to tolerate this behavior. It is regulators gone wild and should be nipped in the bud.