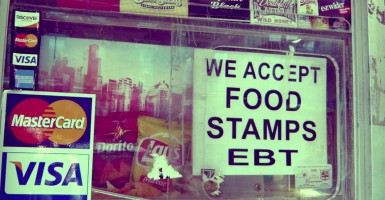 MIAMI — Florida once again is getting a hefty bonus from federal officials for “saving” taxpayers money.

This year, the state’s Department of Children and Families misspent $47.8 million in food stamp benefits.

However. that’s out of almost $6 billion the federal government gave to Florida.

So, Florida’s error rate of .81 percent is the second-lowest in the nation — and only a slight dip from the previous year when the state received $8 million for having the lowest error rate at 0.7 percent.

As a result, Florida receives a $7 million bonus for its welfare assistance programs.

Vermont had the highest waste rate at 9.66 percent. The national average was 3.2 percent.

SNAP, known as food stamps, is meant to give individuals and families a helping hand when they need it most.

Although data verifying the effectiveness of the program is in short supply, participants are not. In 2013, about 3,556,500 signed up for SNAP, an increase of more than 200,000 from the year before.

Rachel Sheffield, a policy analyst at The Heritage Foundation who focuses on welfare policy, said that adding work training or a work requirement to the food stamp program would help reduce misuse of the federal program.

Back in Florida, though, officials are pretty excited.

“We are pleased Florida is again being recognized as a leader for quality and accuracy in processing food assistance applications,” Mike Carroll, Florida’s interim DCF secretary, said. Carroll added:

The department is committed to helping individuals in crisis, and being able to quickly assist families and individuals in need of these resources is one of our principal functions. This is the seventh year in a row that DCF’s improvements and accuracy in correctly processing food assistance applications has received accolades and bonus money from the federal government, totaling more than $54 million.

The U.S. Department of Agriculture rewards states for keeping error rates to a minimum.

State agencies such as the one in Florida determine eligibility for Medicaid, food assistance, and temporary cash assistance based on federal guidelines.