Poll: Is the United States Still the Land of the Free? 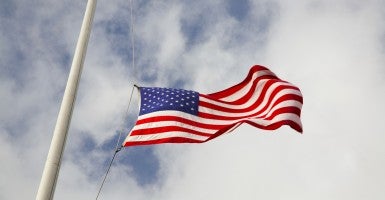 As Americans prepare to celebrate Independence Day, a Gallup poll finds a growing number of people questioning whether our country remains the land of the free.

According to Gallup, the percentage of Americans who are dissatisfied with the freedom to do what they choose with their lives has more than doubled since 2006, from 9 percent to 21 percent.

In 2006, the United States ranked #1 in the world in satisfaction with our level of freedom. Now we rank just 36th.

Gallup reports: “The decline in perceived freedom among Americans could be attributed to the U.S. economy…. Another possible explanation for the decline in freedom is how Americans feel about their government.”

Americans’ perceptions accurately reflect the decline in economic freedom in the United States as measured by the Index of Economic Freedom, published jointly by The Heritage Foundation and The Wall Street Journal.

Over the 20-year history of the Index, the U.S.’s economic freedom has fluctuated significantly. During the first 10 years, our score rose gradually, and we joined the ranks of the economically “free” in 2006. Since then, we have suffered a dramatic decline of almost 6 points, with particularly large losses in property rights, freedom from corruption, and control of government spending.

The United States is the only country to have recorded a loss of economic freedom each of the past seven years.

Ronald Reagan once remarked: “I think it’s time we ask ourselves if we still know the freedoms that were intended for us by the Founding Fathers.” For a large and growing number of Americans, the answer, unfortunately, is “no.”