After Hobby Lobby, Another Part of the Obamacare Mandate Could Fall 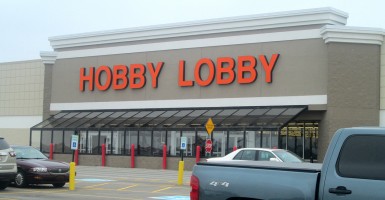 Today’s Supreme Court ruling in favor of Hobby Lobby and Conestoga Wood Specialties, which are for-profit companies, raises questions about the fate of the HHS mandate accommodation for which certain religious non-profit employers are eligible.

Under the accommodation, non-profit employers self-certify to their insurance provider or third-party administrator that they have a religious objection to providing or paying for certain drugs and devices, and this initiates the process of the insurance company or third-party administrator providing the mandated coverage to employees. Just like the HHS mandate itself, this accommodation has been challenged by dozens of employers for violating the Religious Freedom Restoration Act, which prohibits the government from substantially burdening free exercise unless it can show that the burden is the least restrictive means of furthering a compelling government interest.

In today’s ruling—which deals only with closely held corporations—the existence of this accommodation was proof to a majority of the justices on the Supreme Court that there are less restrictive means for the government to advance the compelling interest behind the HHS mandate. The Supreme Court did not reach whether the accommodation itself complies with RFRA, since it was not an issue addressed by the parties. Further, a hallmark of the Roberts Court is taking incremental steps toward an eventual goal (as it did in recent years with Section 5 of the Voting Rights Act). Thus, in the long run, the Court likewise  may rule the accommodation violates the free exercise of non-profit groups.

It may not be long before the issue is before the justices. Just hours after the Supreme Court’s decision was released, an appellate court cited the Hobby Lobby decision when it granted the Eternal World Television Network’s motion for an injunction pending appeal in its challenge to the accommodation.

Like the Little Sisters of the Poor, the Michigan Catholic Conference, and many other religious non-profits, EWTN believes the accommodation burdens its exercise of religion because it makes the Catholic cable network complicit in an act it considers a grave violation of its beliefs. As Judge William Pryor pointed out in his special concurrence, EWTN contends its “complicity in the scheme is condemned by the principle of material cooperation in evil.” Thus, signing the form that initiates coverage through the third-party administrator “would be a sin.”

Relying on Hobby Lobby and an older case, Thomas v. Review Board (1981), Pryor reiterated that “it is not for us” (the courts) “to say that the line drawn by the religious believer was an unreasonable one. Courts should not undertake to dissect religious beliefs.”

Pryor disagreed vehemently with the Sixth and Seventh Circuits, which both denied injunctive relief in similar cases because, in their view, signing such a form does not “trigger” contraceptive coverage. Pryor stated:

“Rubbish. Even if the form alone does not ‘trigger’ coverage—whatever that means—it is undeniable that the United States has compelled [EWTN] to participate in the mandate scheme.”

Though the decision today for Hobby Lobby and Conestoga Wood Specialties is a victory, it’s only a brief reprieve in the larger battle against the anti-conscience HHS mandate and Obamacare. Stay tuned.