A Majority of Young Adults Are Having Kids Outside Marriage. Why That Hurts Kids’ Futures. 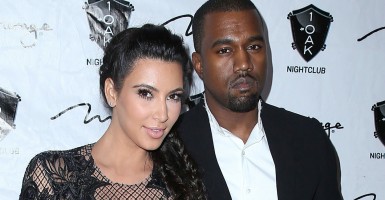 Kim Kardashian and Kanye West had a baby together before getting married. (Photo: Judy Eddy/WENN/Newscom)

Among young adults, first comes baby, then (maybe) comes marriage. This increasingly is the new normal.

According to a new study from Johns Hopkins University, 57 percent of mothers between 26 and 31 are unmarried when their child is born

But not all young adults are having kids outside of marriage. Instead, the key factor appears to be whether a young woman has attended college.

Unfortunately, these differences have consequences. “The U.S. is steadily separating into a two-caste system with marriage and education as the dividing line,” says my colleague Robert Rector.

Similarly, the authors of the Hopkins study found that “American society is moving toward two different patterns of family formation and two diverging destinies for children.”

But one of those destinies is far less promising, leaving a significant portion of the nation’s next generation with less opportunity.

Children in single-parent homes are more than five times as likely to experience poverty. That isn’t simply because of their parents’ generally lower education level. Even parents with lower levels of education are at far less risk of poverty if they are married.

Children raised by their married, biological parents have other advantages. They are more likely to graduate from high school or college, less likely to engage in delinquent behaviors and less likely to become single parents themselves.

So why do many young adults then still have children outside of marriage?

It’s not because they’re anti-marriage: Research suggests that young, single mothers are not hostile to marriage. Yet they don’t believe it is necessary to marry prior to having children. Rather than seeing marriage as a step to achieving a stable family and social mobility, they view it as a capstone that occurs after they have arrived.

Still, , young men and women don’t seem to understand the consequences of the breakdown of marriage. Thus, the first step would be to get the message out about the importance of marriage in building stable families and communities, particularly in areas where this stability is not the norm.

Restoring a culture of marriage is crucial to today’s generation and to the generations they will raise. The goal for all individuals, families, churches, communities and policymakers should be to give every child–regardless of economic background–the greatest opportunity to be reared by their mother and father in a stable married relationship.