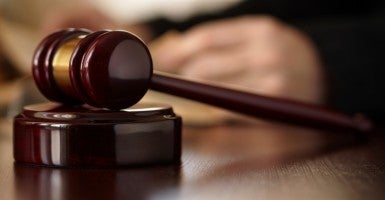 Last week, in Michigan Catholic Conference v. Burwell, the U.S. Court of Appeals for the Sixth Circuit rejected the appeal of Catholic nonprofit groups in their challenge to the Obamacare anti-conscience mandate. The court got it wrong by second-guessing the religious beliefs of these groups.

Formal houses of worship and their integrated auxiliaries (e.g., church-run soup kitchens) are exempt from this mandate—which requires employers to pay for employee health insurance coverage that includes contraception, sterilization, and abortion-inducing drugs—and other nonprofit religious employers are eligible for an “accommodation.” Under the accommodation, employers must self-certify to a third-party administrator that they have a religious objection to providing or paying for certain drugs and devices, and this initiates the process of the third-party administrator providing the mandated coverage to their employees.

RFRA prohibits the government from substantially burdening free exercise unless it can show that the burden is the least restrictive means of furthering a compelling government interest. While the accommodation supposedly protects religious employers from directly paying for the services, these employers must still initiate and facilitate the process whereby a third-party administrator obtains coverage for the drugs and devices to which the employer objects.

In essence, the accommodation shifts responsibility for purchasing coverage away from the employers to administrators once the employers provide the self-certification registering their objection. But, as other courts have pointed out, this process does “not absolve or exonerate [the employers] from the moral turpitude created by the ‘accommodation.’”

The Sixth Circuit thought otherwise, holding that compliance with the regulations requires only the third-party administrator—not the Catholic groups—to modify its behavior. This case turns on one major issue: Can a court decide for these groups what level of complicity in a grave moral wrong constitutes a “substantial burden” on their religious exercise?

In Thomas v. Review Board (1981), the Supreme Court held that even an indirect burden could be a substantial infringement on free exercise rights. This case, decided before Congress enacted RFRA, involved a steelworker who was denied unemployment benefits after quitting his job because he was assigned to a department that produced tank turrets. Thomas believed that his religion forbade him from making war materials. In siding with Thomas, the Court noted that “[I]t is not within the judicial function and judicial competence to inquire whether [Thomas] correctly perceived the commands of [his] faith. Courts are not arbiters of scriptural interpretation.” Thus, courts should not be in the business of line-drawing when it comes to theological questions.

Though the court in Michigan Catholic Conference purported to take the groups at their word that the self-certification would violate their consciences, it stated that it must “independently determine” whether this was a substantial burden. But as First Amendment scholar Eugene Volokh writes:

But the Sixth Circuit found this matter distinct from “how the regulatory measure actually works.” The court claimed that the act of self-certifying doesn’t trigger coverage of objectionable drugs and devices, because “it was already triggered by the enactment of [Obamacare].” That claim is mistaken, since the regulation mandating this insurance coverage came a year after Congress passed Obamacare, and the accommodation was promulgated well after that.

Instead of construing the regulations, the court was actually passing a judgment on the Catholic groups’ religious belief—and that’s exactly what RFRA is supposed to prevent. As another appellate court wisely highlighted in another case challenging the Obamacare mandate, the government “purports to answer the religious question underlying these cases: Does providing this coverage impermissibly assist the commission of a wrongful act in violation of the moral doctrines of the Catholic Church? No civil authority can decide that question.”

More than 100 lawsuits on behalf of over 300 individuals, nonprofits, and for-profits have been filed challenging aspects of the Obamacare anti-conscience mandate. And on New Year’s Eve, Supreme Court Justice Sonia Sotomayor granted an emergency injunction to the Little Sisters of the Poor in a similar case challenging the so-called accommodation. Their case is still pending before the Tenth Circuit Court of Appeals.