Even Among Democratic Lawmakers, Support Grows for School Choice in Louisiana 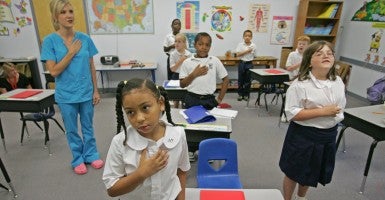 Only 8,700 students rely on Louisiana’s state public scholarship program to attend the school of their choice today, but the state’s lawmakers worked this session to expand options for additional children.

The state legislature passed three school-choice bills pass this year, including a new public school choice program and modifications to existing programs. Gov. Bobby Jindal, a Republican, is expected to sign them all.

One of the measures fully funds the state’s growing voucher program, which allows students in poorly performing schools to use state funding to attend private schools. Another expands flexibility in the voucher and tuition rebate scholarship programs. The third allows students in failing public schools to move to more successful schools nearby under certain conditions.

A good example of this increased Democratic support is the third measure, introduced by State Sen. Ben Nevers, a Democrat from Bogalusa. The state assigns A-F grades to each school, based on a variety of performance factors. Under Nevers’ legislation, students at schools that receive Ds or Fs and whose families cannot afford to move or pay for private schools can transfer to nearby schools that received higher grades.

Democrats supported this approach, according to some, because it keeps public money in traditional public schools but addresses the problem of children trapped in persistently failing schools.

“I do believe we ought to give more options to parents whose kids are in schools that aren’t performing well,” said Rep. John Bel Edwards, D-Amite, who handled the bill on the House floor. “I also believe that when we do that, we ought to be trying to keep the money in the public schools in Louisiana, because that’s what we’re primarily responsible for.”

Under the bill, students can switch schools only if the transfer follows the school systems’ various policies. Receiving districts must agree to participate and must have space available before students can transfer into them.

Edwards stressed the importance of making the A-F system as fair as possible. “But at the end of the day, it is our accountability system, and everybody understands A, B, C, D or F,” he said. “If under our system a school is going to have a D or an F, to the extent possible, those parents of those students in the D or F schools should have a choice.”