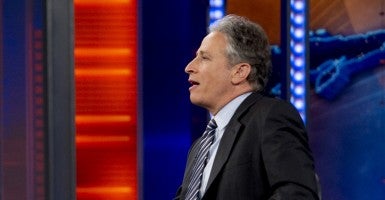 Released yesterday, the survey polled more than 1,500 Americans concerning a host of topics ranging from immigration reform to the state of religion. However, the survey’s findings on media credibility have generated headlines.

On the whole, when asked to identify which news source they most trusted “to provide accurate information,” only 5 percent of those polled picked MSNBC. The liberal-leaning network fared even worse among self-identifying independents and moderates, who chose MSNBC just 4 percent and 5 percent of the time, respectively.

Of all the networks represented, Fox News earned the mantle of the most trusted name in news. The cable network, which has branded itself as “fair and balanced,”, garnered the most trust overall (25 percent), as well as the highest level of trustworthiness among both Republicans (53 percent) and independents (26 percent).

Some critics, however, have dismissed these numbers as misleading. The New Republic characterized Fox News’ ranking as a product of a polarized audience made up of “the Republican Party’s most conservative members.” As liberals have more news options, so The New Republic reasons, their trust disseminates equally among networks, while conservatives disproportionately choose Fox News.

Geoffrey Lysaught, vice president of strategic communications at The Heritage Foundation, sees it differently. Too many news networks underestimate their audience, according to Lysaught. In his estimation, the success of Fox News and the failure of MSNBC should be attributed to the American people’s ability to “know the difference between credible, high-quality reporting and ‘spin’ presented as news.”