Favoritism and Cronyism Flourish in Mississippi 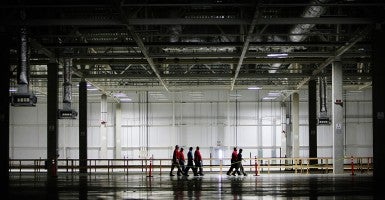 When a new megadeal with a corporation moving to Mississippi is announced, politicians hold a news conference, cut a cake, boast about the number of jobs created and toss some dirt with gold shovels.

But recently published research by Christopher Coyne and Lotta Moberg of the Mercatus Center at George Mason University casts major doubt on whether these taxpayer-funded targeted investments meet their goals of economic revitalization and job creation.

One of the costlier examples cited is Michigan, where the study found the cost of the Economic Growth Authority Tax Credit Program was $45,000 per job. The worst offender was Louisiana, whose $1.7 billion in incentives to Cheniere Energy to create 255 jobs and retaining another 77 added up to $7.5 million per job.

Coyne said one of the things that surprised him in the course of his research was how little the true costs to taxpayers and the political system were discussed.

“Most treatments of the issue overlook the various costs associated with these types of policies,” Coyne said. “Specifically, that it incentivizes lobbying and cronyism so that companies can receive these benefits. Part of this is a rhetorical issue in that the term ‘targeted benefits’ implies a net benefit to citizens. Our study highlights that net benefits cannot be assumed and often never emerge.”

Mississippi is no stranger to these types of incentive-laden deals, giving more than $1 billion dollars to Nissan, $354 million to Toyota and $130 million to Yokohama Tire to build plants in the state. According to Good Jobs First’s Subsidy Tracker, Mississippi is ranked 17th, with 1,479 subsidies that added up to $2.9 billion.

Nicole Kaeding, a budget analyst at the Cato Institute, said these kind of economic development deals are indicative of a less-than-ideal business climate in the state. The Tax Foundation ranks the state 17th in its State Business Tax Index.

The franchise tax is $2.50 per $1,000 of net worth or capital used or invested in the state, depending on which is greater.

“Policymakers who offer targeted tax incentives are implicitly acknowledging that Mississippi’s tax code is burdensome and uncompetitive,” Kaeding said. “Instead of selectively rewarding a few businesses, state and local policymakers should focus their attention on reforming the tax code. That is harder politically, but it is the better long-term solution.

“Lowering rates and simplfying the tax code will help Mississippi’s economy grow without having to award sweetheart deals that benefit only a selective few.”

“Targeted benefits are grounded in favoritism and cronyism,” Coyne added. “General policies affect everyone equally. This is why we argue for a generality principle in our conclusion. Let’s say that a state or municipality wants to attract more business. Instead of offering targeted benefits to a few select companies (but not others), we argue for a general reduction of taxes and/or regulations, which increase the cost of doing business.”