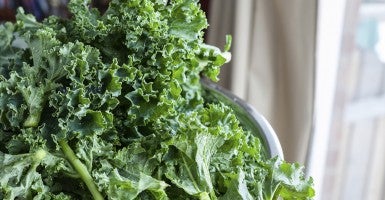 A federal dietary committee is calling for “sustainable” menus, including a virtual ban on meat consumption, a new report warns.

The working premise of the committee is that a “‘good diet would increase consumers’ costs and imply the end of entire sectors of American agriculture—all in an effort to regulate behavior that has nothing to do with nutrition,” said Kuttner.

The federal dietary committee touts its diverse culinary agenda, but Kuttner says the panel itself lacks diversity of thought.

“In 2010 [when the last recommendations were made] the panel included a member who had practical knowledge of food production and food regulation,” he said. “No one on the 2015 panel can claim a similar perspective.”

The current committee lacks geographic balance, too. Four appointees—more than one-quarter of the board—are from Massachusetts, a state that represents 2.1 percent of the U.S. population.

Injecting a dose of fiscal and demographic reality, Kuttner notes:

“Americans who live hundreds of miles from organic grocery stores are not likely to meet or even take seriously many of the committee’s recommendations if they are far off from the consumption patterns of the general public.

“Similarly, low-income families have a greater need to include convenient sources of protein and other essential nutrients, such as meat or dairy products, in their diet. A plant-based diet holds no sway for them.”

In promoting organic foods and vegetarian diets, the committee echoes pronouncements from elites at the top of America’s political food chain.

“They are nutritious, they have a lot of protein and are considered a delicacy in many countries,” Eva Muller, director of Food and Agricultural Organization’s Forest Economics, Policy and Products Division, declared last year.

Though DGAC’s report is not due until 2015, skeptics say problems plaguing the nation’s revamped school lunch program should be a warning. Since 2010, when Washington began mandating “healthy” school menus, 1.6 million students have dropped out of the program.

Many of those still in are throwing away tons of government food each school day in what experts call “plate waste.” It’s an ironic outcome for a law titled the “Healthy and Hunger-Free Kids Act.”