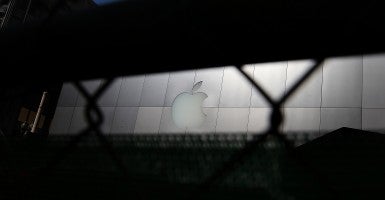 Multibillion-dollar “economic development” deals are steadily shifting wealth from taxpayers to large corporations, state by state, according to a new study.

Researchers from George Mason University’s Mercatus Center reveal this is a fool’s game for states and taxpayers. The study reports:

Why do these dubious deals persist? Why keep dispensing public funds to pad private profits in ways that would make even the biggest of big spenders cringe?

“As cronyism grows, the benefits that policymakers get from crony relations become increasingly lucrative, which creates a problem of adverse incentives,” Moberg said.

“Even if policymakers understand that targeted benefits are not good for the economy, they have the incentive to keep providing them as they benefit from it personally.”

Mercatus’ free marketers define cronyism as “the practice of exchanging favors between powerful people in politics and business.” Moberg and fellow researcher Christopher Coyne have said the practice “has become entrenched into the social fabric.”

Thanks to what Ronald Reagan biographer Craig Shirley calls “Obama Republicans,” blandishing public benefits on private corporations has more bipartisan backing than ever.

“They have bought into the oligarchy of big business and big government doing business together, at the expense of the little guy,” Shirley says of a long line of corporatist politicians.

Coyne and Moberg list four prescriptions to combat cronyism in the states:

Moberg admits she knows of no leading state-level leader who has adopted or even advocated these reforms.

Indeed, University of Chicago economist Luigi Zingales sees post-modern America morphing into his home country of Italy—one of the sick sisters of Europe.

Public trust has been “eroded by a betrayal of pro-business elites whose lobbying has come to dictate the market, rather than be subject to it,” he said.

“This betrayal has taken place with the complicity of our intellectual class,” Zingales explains in his book, “A Capitalism for the People: Recapturing the Lost Genius of American Prosperity.”

Worse, cronyism is not necessarily illegal. And Moberg agrees with Zingales that such political “rent-seeking” is on the rise.

“Many of the observations of favorable regulations, subsidies, bailouts, loan guarantees and targeted tax breaks are quite recent and point to an unhealthy environment in government today,” Moberg said.

“It doesn’t have to be cash under the table—it can be a legal contract. But as an economist, I would say it’s draining the economy.”