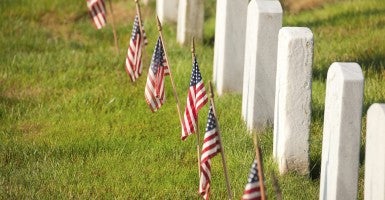 Our nation’s biggest heroes are alive in the hearts of our people. Through stories and photography passed down from generation to generation, your grandfather’s heroism in World War II, or the courage of the young boy from down the street who served in Vietnam, is preserved. These heroes gave their lives for the United States of America, and their honor is intertwined in the lives of our families and friends and preserved in our memories.

The Heritage Facebook community shared their photos and memories of their heroes on Memorial Day. We’ve highlighted 14 of them below. 2. Lydia S. says this little one was Mr. Stanton’s “pride and joy.” 7. Judy A. is proud to have known Elizabeth Ann Jones, “a 2Lt killed in a helicopter crash in Vietnam in 1966 attached to a medical unit. She graduated 50 years ago from the School of Nursing at the Medical University of SC.” 14. Chad D.’s “Uncle Charles Witham was shot down over the Philippines fighting for freedom in WWII.”