How Enron, Papa John’s and the Ritz Got Taxpayer Subsidies 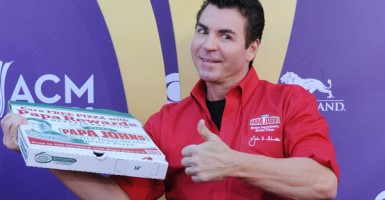 What do Enron, the Soros Economic Development Fund, Papa John’s Pizza, Ritz-Carlton Hotel Company, MTV, the Bank of Palestine, and Deutsche Bank have in common? They’ve all benefited from millions of dollars in taxpayer subsidies through the Overseas Private Investment Corporation (OPIC).

When proposed by President Nixon in 1969, OPIC was sold as a way to “contribute to the economic and social progress of developing nations” by encouraging venture capital to pursue investments that might normally be deemed too risky. It would do so by placing “the credit of the United States Government behind the insurance and guaranties which the Corporation would sell to U.S. private investors.”

There might have been a need for OPIC four decades ago. But in today’s global economy, investment in developing countries does not depend on U.S. government backing. According to the United Nations, developing and transitioning countries attracted $790 billion in foreign direct investment (FDI) in 2012 — more than the total FDI in developed countries. Even the least-developed countries have seen enormous growth in FDI over the past two decades.

Moreover, there are reasons to think that OPIC may be counterproductive. When OPIC guarantees investments in foreign environments, those countries have less reason to adopt policies that are friendly to investors. The Heritage Foundation’s annual Index of Economic Freedom ranks countries on their investment climate. OPIC-backed projects include the production of olive oil in Argentina (which has a 2014 Investment Freedom score of 30 out of 100), Papa John’s franchises in Russia (Investment Freedom score: 25), and hotel renovations in Uzbekistan (Investment Freedom score: 0). Investors should not base their activities on whether a government agency will cover their risks, but on whether investment in a country makes economic sense.

Even worse, OPIC could be susceptible to cronyism and corruption. Consider some recent OPIC beneficiaries:

* Obama bundler James Torrey, a board member of MicroVest Capital Management, was nominated to serve on OPIC’s board of directors in 2010. In 2013, MicroVest Short Duration Fund LP and MicroVest + Plus LP received about $8 million in insurance for projects in Azerbaijan, Georgia, and Nicaragua. Another $6 million in insurance was provided in 2013 for projects in Russia, but the project descriptions were not available online.

* The Soros Economic Development Fund was approved for $3.9 million for renewable-energy projects in Moldova in 2013. The Soros fund’s general counsel is a former OPIC senior commercial associate.

OPIC supporters would like to dismiss these issues and argue that OPIC should be retained because it poses little risk to the U.S. taxpayer and supports U.S. jobs. These arguments are dubious.

OPIC may not have suffered grave losses, but the risk to the U.S. taxpayer is real. Nixon likened OPIC to the Federal Housing Administration in that both would use government guarantees to attract private capital to underwrite beneficial investments. Invoking the FHA was intended to be a positive comparison at the time, designed to mollify concerns about exposing U.S. taxpayers to unnecessary risk. However, the resemblance looks less reassuring in the wake of a $1.7 billion bailout of the FHA last year.

Indeed, OPIC’s record is hardly flawless. It supported several Enron-related projects under the Clinton administration, including providing $160 million to Enron and two other corporations to help build the $2.9 billion Dabhol Energy Project in India. Not only did Enron go bankrupt, but the government of India expropriated the failed project.

OPIC’s claims to have “supported more than 278,000 American jobs” should be regarded with skepticism. First of all, with over $200 billion in OPIC-supported investments, that works out to about $720,000 per job. Surely we can find a better way to spur U.S. employment. But more fundamentally, those claims rest on the dubious assumptions that the investments would not have occurred without OPIC assistance, and that alternative investments that could have had similar or even better impact on U.S. job creation would not have been made.

An OPIC executive once described the agency’s role:

It’s not unlike when you were younger and you wanted to buy a car and your dad signed the bank note. He guaranteed that you would pay it back. Well, we operate an awful lot like that.

OPIC has not been specifically reauthorized since 2007, but has continued operating under annual appropriations. The House passed a three-year authorization of OPIC earlier this month in the otherwise unobjectionable Electrify Africa Act. The Senate is expected to address the issue soon. Congress should end its support for this outdated government corporation. The American taxpayer can’t afford to continue being treated as a sugar daddy for U.S. and foreign corporations.