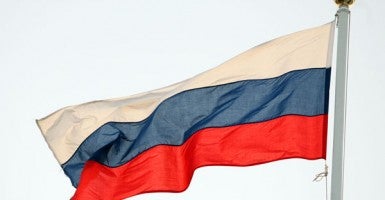 Vladimir Putin is the father of the most significant energy mix shift in Europe. Ukraine may be the straw that broke the back of the energy camel.

As a result, Russia is about to lose a lot of revenue. Talk about the unintended consequences.

Even before Putin occupied the Crimea and supported separatist insurgency in Eastern Ukraine, the EU Commission began to seek ways to diminish the continent’s dependence on the Russian gas.

Today, the Old Continent brings 30% of their gas imports from Russia. But Central and Eastern European countries, from Bulgaria to Ukraine, are dependent on Russian gas for over 70% of their total gas consumption. That means, with literally a push of a button in Moscow, these countries can become dark and cold. In fact, this already happened in 2009 and may occur again.

So the EU fought back by promoting the Third Energy basket, which prohibits geographic destination of the molecules sold by Gazprom. The Basket also pushes back on gas production companies’ ownership of distribution networks, and promotes antimonopoly legislation.

However, the salvation will come from three directions: liquefied natural gas (LNG), the new sources of gas, and interconnectors. LNG is becoming competitive in the European markets, as suppliers from Qatar, Algeria, Nigeria and elsewhere smell the blood and are trying to claw away at the Russian market share.

It would be a great contribution to Ukraine’s search for energy diversification to put a floating LNG terminal in the Ukrainian port of Odessa, provided Turkey allows LNG tanker transit via the narrow and congested Bosporus Strait. In fact, under the Montreux Accord of 1936 it must allow shipment of “hazardous cargoes”—with necessary precautions.

By 2018 a wave of LNG and piped gas from the Eastern Mediterranean, including off shore Israel and Cyprus, is likely to reach Europe, while a pipeline from Azerbaijan called Trans-Anatolian Pipeline (TANAP) with an extension to Italy will be ready by 2015.

Interconnectors are short pipelines, which allow to shift gas from one regional network to another, considerably influencing prices. For example, Spain can bring lots of piped gas from North Africa as well as via LNG terminals, but it is lacking an interconnector pipeline to France and further east. North-South pipelines in Central Europe are crucial to push gas volumes from the LNG terminals along the North and the Baltic seas to Hungary, Czech Repubic, Slovakia, Ukraine and even Romania and Bulgaria.

Cheaper electricity from more abundant gas would be a triple blessing: it will diminish Central and Eastern Europe dependence on Russia; boost manufacturing and employment—a boon not just to the citizen of the continent, but to its trade partners including in the U.S. Finally, it will diminish emissions, something the “green” and environmentally conscious Europeans care about, while their governments shut down nuclear reactors; subsidize renewables beyond any economic reason; and allow increasing import of CO2 emission-rich coal.