Are Our Energy Sources Moral? 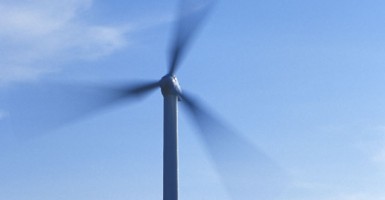 Energy is the master resource, as the late, great economist Julian Simon used to say.

You can’t produce much of anything if you don’t have affordable electric power.

My children learned that lesson the hard way when we lost our electricity due to a blizzard several months ago. Welcome, I said to my kids, to the 19th century. They didn’t like it too much.

We take energy for granted until we don’t have it or its price spikes up and we can’t pay for all we need.

Californians should remember that when they support green “renewable energy mandates” that drive up electricity costs, drive out businesses and risk brownouts.

These are cheap, abundant and made-in-the-USA jobs producing forms of electric power. Without the jobs that have been created in the oil and gas industry, the U.S. would have produced no net new jobs over the last five years.

But now we are told that this fossil fuels boom is really a curse, because burning carbon contributes to global warming.

Of course, every form of energy – from nuclear power to wind mills – involves risks and costs. But there’s a wonderful new essay out by energy expert Kathleen Hartnett White of the Texas Public Policy Foundation. It is called, provocatively: “The Moral Case for Fossil Fuels.”

Her thesis is fairly logical when you think about it: “Affordable energy is the wellspring of life itself. We use it for food, shelter, clothing and everything that we need to live a productive life.”

She also notes that cheap energy is the great equalizer in terms of levelizing living standards. “The poor,” she explains, “benefit most from cheap energy, and keeping energy production up and prices low is one of the best anti-poverty programs.”

Wow. This is powerful stuff. What Ms. White is telling us is that environmental policies that drive up energy costs are unfair and maybe even immoral, because they deprive life and happiness from those at the bottom.

On a global scale, a tax on carbon or energy would hurt those who are desperately poor and malnourished the most. The anti-fossil fuel movement is a hefty regressive tax on the poor.

What should our national energy policy be, then? How about letting the free market work to decide which form of energy can produce what we need at the lowest price. Isn’t that how almost every other industry works?

This would mean getting rid of taxpayer subsidies for all forms of energy. (While we are at it, we could shut down the Department of Energy, which seems to be dedicated to keeping energy costs high.)

Those who think that oil and gas would be hurt the most by this policy (the Obama administration seems to think so), should look at the chart on page 1. Oil and gas do get subsidies, but as a share of total output, those taxpayer supports are minuscule compared to the “renewable” energies, wind and solar.

Is it moral to take money from taxpayers without their consent to support one industry over another?

Is it moral to have an energy policy that intentionally keeps prices high? Is it moral to eliminate potentially hundreds of thousands of jobs in the U.S. and ship them to China and India and Mexico when we have 18 million unemployed Americans?

Is it moral for big donors to the Democratic party who are heavily invested in green energy to get a kickback on those campaign dollars through corporate welfare tax breaks, tax carve outs and other gifts?

The answer to all of these questions, hopefully, is no. Ms. White teaches us the common sense lesson that a free market energy policy is good economics and morally superior to any other policy anyone can think of.