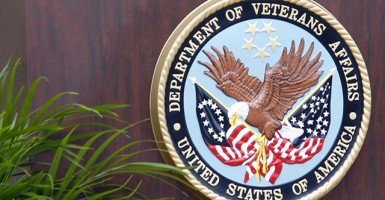 A veterans advocacy group hailed House passage of a measure making it easier for the secretary of Veterans Affairs to dismiss managers for poor performance and called for Senate action that appears much less likely just days before Memorial Day.

By a vote of 390-33, the Republican-controlled House last night passed the VA Management Accountability Act, which explicitly gives embattled Veterans Affairs Secretary Eric Shinseki the power to quickly fire and replace executives who fail to get the job done.

Passage of the bill marks “the first step on the road to accountability at the Department of Veterans Affairs,” Pete Hegseth, chief executive of Concerned Veterans for America, said on the organization’s website.

Hours earlier, Hegseth’s group had castigated President Obama for not demanding accountability from Shinseki in the growing scandal over substandard veterans health care.

“For everyone talking about how quickly we need to act on this — here is your chance,” Rubio urged today in a floor speech.

But although Reid called the House bill “not unreasonable,” Sen. Bernie Sanders, I-Vt., blocked Rubio’s request for immediate action. Instead, Sanders, chairman of the Senate Veteran Affairs Committee, said he would hold a hearing within a few weeks.

The House action “is a sign that members on both sides of the aisle understand the urgent need to restore trust in the scandal-plagued VA,” Hegseth said.

A total of 162 Democrats joined 228 Republicans to pass the three-page bill.

The Obama administration has struggled to get on top of cascading reports of doctored records, lengthy wait times, insensitivity to suffering veterans, and a variety of cover-ups.

“I want every veteran to know we are going to fix whatever is wrong,” Obama said yesterday in his first remarks on the subject in nearly a month. “And so long as I have the privilege of serving as commander-in-chief, I’m going to keep on fighting to deliver the care and the benefits and the opportunities that your families deserve, now and for decades to come. That is a commitment to which I feel a sacred duty to maintain.”

White House officials depict the president as engaged in the issue and Shinseki’s job as on the line. Hegseth didn’t see Obama’s announced steps that way, though:

Six years after he – and Secretary Shinseki – took over the VA system, they still won’t take responsibility. The backlog has exploded on their watch, and now veterans are dying while waiting months on secret lists. We don’t need another investigation to tell us that VA is failing at its core mission; we need oversight, accountability, and action. The president provided none of those today.

Veterans “deserve better than the sadly routine obstruction” in view in the Senate, a House leadership aide said.