AT&T DirecTV: Even More Competition in the Video Marketplace 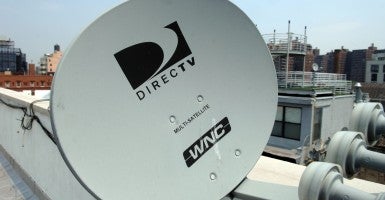 That tired formulation, however, sets up a false choice. Sometimes a merger can increase competition, not reduce it. And that is exactly what this purchase looks to do.

The TV business is hardly starved of competition as it is. Only a few decades ago, American viewers had a choice of exactly three national networks. Since then, that choice has ballooned – most recently by the influx of new online distributors, ranging from Netflix to Apple TV to Amazon. These distributors are remaking the U.S. TV market, knocking down the old television order like – you guessed it – a “House of Cards.”

AT&T’s own video service, known as U-verse (once itself touted as the wave of the future), hasn’t made much noise. Despite initial optimism, it has garnered only 5.7 million subscribers, putting it far behind not only traditional cable providers such as Comcast (which is retooling its competitive arsenal), but even behind Netflix (33 million U.S. subscribers) and other newcomers.

Bringing DirecTV on board helps put AT&T back into the television race, giving it not just 20 million subscribers, but the technology to attract more. And it makes sense for DirecTV, too. Without Internet or phone service offerings for its customers, its own ability to grow and compete has been severely limited.

It is past time to drop the mergers v. competition mindset. In a rapidly changing and innovative industry like television today, a merger can add even more competition and choice. This is a deal that consumers – and their advocates – should be smiling about, not lamenting.