60 Percent of Voters Say Obamacare Debate Is Not Over 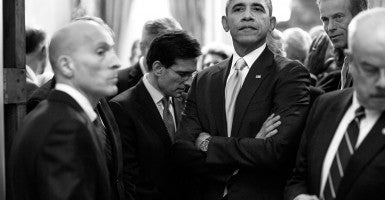 Obamacare is a huge factor for voters this fall, a new Politico poll shows, with 89 percent of respondents saying it will affect their votes.

In a new poll of registered voters in competitive congressional districts, Politico set the stage for respondents this way:

Recently it was announced that 8 million Americans have signed up for Obamacare.

President Obama declared this a major victory and encouraged Democratic candidates for Congress to forcefully defend and be proud of the law.

The Republican leadership said that the initial enrollment numbers don’t tell the whole story and the repeal debate is not over.

Based on what you know now do you believe that the debate on Obamacare should be over, or not?

And not only were these voters willing to debate Obamacare; 48 percent said Obamacare should be repealed. Thirty-five percent said they would “keep the law, but with modifications,” and only 16 percent would keep it as is.

Want to repeal Obamacare? Read more about what could come next.