Why Did This Union Oppose Higher Pay for Its Members? 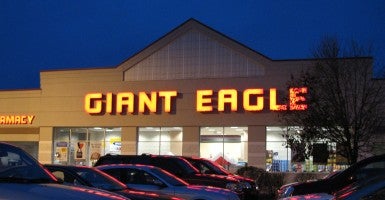 Few workers would turn down a raise. Union members, however, can have raises turned down on their behalf.

Employees of a Pennsylvania grocery store learned this the hard way.

Managers at the Giant Eagle grocery in Edinboro, Pa., wanted to reward hard work. So they boosted the wages of two dozen high-performing employees above their union rates. But United Food and Commercial Workers Local 23 was not pleased. The union argued the pay increases violated their contract, took Giant Eagle to court and forced it to rescind the raises.

Why did Local 23 oppose higher pay for its members? Because it upended their seniority system, allowing junior employees to make more those with more seniority. Local 23 wanted uniform pay scales—even if that meant cutting some of their members’ wages.

Workers today want—and expect—recognition for their contributions and abilities, but uniform-pay scales forbid that. Such contracts could work in the assembly line economy of the 1930s, where workers performed essentially interchangeable jobs. Not in today’s knowledge economy. Why would a software designer or a search-marketing consultant want one?

During organizing drives, employers point out that unionizing makes it hard to reward individual achievements. Nor can employers tailor working conditions to individual situations. Unionized employees must speak with one monolithic voice, through their union. Many workers feel this ignores what they bring to the table.

Unions counter that they raise wages for everyone—but in today’s competitive economy, they often cannot. Unionized companies that pass on higher wages through price increases lose customers and shed jobs. General Motors’ employees learned this the hard way. Consequently the union wage premium has shrunk over the past generation. Studies find that average wages change little in most cases when unions win organizing drives.

But without wage increases, why pay union dues? Polls show just one in 10 nonunion workers wants to unionize. Unions need to overhaul their services to become relevant to today’s employees.

Unions currently function as labor cartels—they try to control the supply of labor in an industry to drive up its price. This model does not work in today’s competitive global economy. And the union focus on collective contracts with particular firms provides little benefit to workers with individual preferences (or who switch jobs).

Unions need to reinvent themselves and provide services that help workers navigate the modern economy. Instead of cartelizing labor, they should focus on helping workers become more productive and competitive.

Unions could do this in many ways. They could eschew collective bargaining and instead focus on job training and skills certification. Employers currently see hiring union members as a cost, requiring them to deal with inefficient work rules and cumbersome contracts. If employers instead saw a union workforce as a benefit—high-quality workers with a competitive edge—they would want to hire them, and willingly pay premium wages to do so.

Similarly, unions could train laid off workers in a skill they often lack—how to effectively search for work. Unions could offer workshops helping unemployed members prepare for job interviews and write attractive resumes. They could create networking opportunities for job seekers. Union “job coaches” could give unemployed members guidance and encouragement during this often difficult process.

Unions could also help their employees manage their benefits. In the construction industry unions offer multiemployer health plans that stay with the worker as they move from job to job. Such portable benefits would appeal to many workers in other sectors. Similarly, most companies have transitioned to 401(k) style defined contribution pensions. Unions could help their members manage their retirement accounts, offering investment advice to get the best return.

Unions offering such services would have little to fear from right-to-work laws. Workers would willingly pay dues to organizations that helped them get ahead. Much more willingly than to organization that might go to court to cut their pay.