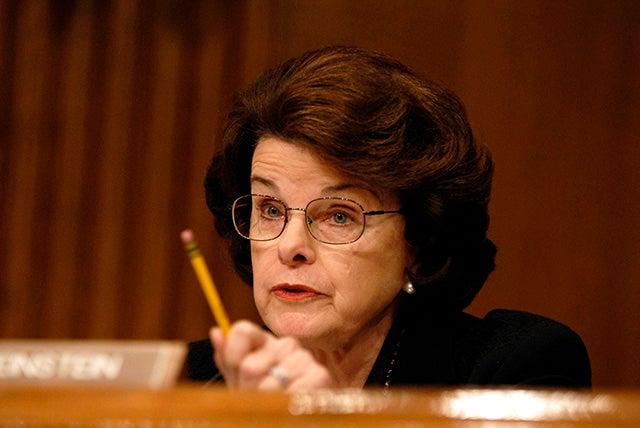 The special House panel being set up to probe the Benghazi terrorist attacks is “a hunting mission for a lynch mob,” the chairman of the Senate Intelligence Committee said today, putting herself at odds with three former national security officials who recently endorsed the move.

“It’s ridiculous,” Sen. Dianne Feinstein (D-Calif.) said on CNN’s “State of the Union.” “It’s a hunting mission for a lynch mob, actually. I think that’s what’s going on. There have been four major reports; we spent a year and a half on a report.”

The fiery armed assaults on the U.S. consulate and a nearby facility in Benghazi, Libya, resulted in the deaths of Ambassador Christopher Stevens and three other Americans on Sept. 11, 2012.

Feinstein told CNN’s Candy Crowley that her committee and several others already had answered key questions about misleading White House “talking points” prepared for Susan Rice, then-ambassador to the United Nations and now President Obama’s national security adviser. Using the talking points on five Sunday news shows, Rice said the deadly attack grew out of a protest over an anti-Islam video on YouTube.

From the CNN transcript:

Crowley: Do you feel that you know what happened in Benghazi, why the ambassador and others were there on 9/11, despite CIA reports that it was kind of just a hotbed of terrorist activity in Benghazi at that point, and are you confident that you know what happened with those talking points and it was not a deliberate attempt to mislead the Republican — or just mislead the American people? You think all those questions have been answered?

Feinstein: I believe they have. And they have certainly been — our report was bipartisan. And they were certainly answered to the satisfaction of the [Senate] Intelligence Committee.

Crowley did not ask Feinstein about newly surfaced emails to White House press secretary Jay Carney and others in which White House national security aide Ben Rhodes urges that Rice emphasize the video and not “failure of policy” in her TV interviews.

The California Democrat’s sharp dismissal of the new House panel contrasts with endorsements of its work from three government veterans who know something about the limits of intelligence: Condoleezza Rice, a former secretary of state and national security adviser under President George W. Bush; Leon Panetta, a former CIA director under Obama and defense secretary at the time of the attacks; and Michael Morell, a deputy CIA director at the time who had a hand in editing the talking points.

The two men have testified during congressional inquiries into Benghazi; as Bush’s national security adviser, Rice appeared voluntarily before the congressional 9/11 Commission questioning the case for war in Iraq.

In an interview last week, Rice said she is among those who still has questions about what happened before and after the Benghazi attacks.

“I think there are unanswered questions and they could be easily answered. But I think they need to be answered,” Rice told Carlos Watson in the wide-ranging interview on his website, OZY.com (at the 2:15 mark in the video below).

She noted that the Constitution empowers Congress to empanel committees to get at answers on behalf of Americans:

When the House says that it wishes to investigate something, it has a right to do that. And so I think done in the right way with the right cooperation we can put this to rest and that’s how I would handle it at this point.

House Democrats have not yet announced whether they will contribute five lawmakers to the 12-member Select Committee on Benghazi to be chaired by Rep. Trey Gowdy (R-S.C.) at the behest of Speaker John Boehner (R-Ohio). Gowdy named the panel’s Republican staff director Thursday.

Minority Leader Nancy Pelosi again hit at the rationale for the select panel in criticizing a new subpoena of Secretary of State John Kerry on Benghazi-related matters announced Thursday by Rep. Darrell Issa (D-Calif.), chairman of the House Oversight and Government Reform Committee.

After a speech Thursday night to Republican donors in Florida, Issa told the Tampa Tribune that his committee would leave investigation of the attacks to the select committee. Issa said he intends to look into what he said is Kerry’s failure to respond fully to previous subpoenas for documents.