Brown v. Board of Education at 60: How One Decision Changed My Life 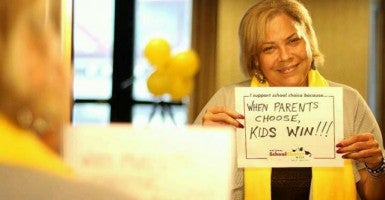 Today is the 60th anniversary of Brown v. Board of Education, the landmark Supreme Court decision that declared unconstitutional separate public schools for black and white students.

The unanimous decision on May 17, 1954, concluded that “separate educational facilities are inherently unequal.”

As a child growing up in the South, this decision affected every aspect of my life. In 1957, the Little Rock Nine bravely enrolled at Little Rock Central High School in Arkansas. The opportunity to attend a school that had the resources to provide a quality education for black children became a reality for my sisters and me.

My parents, who were educators and believed that we deserved the best education possible, were extremely excited about this chance. I remember my father saying that we would be the recipients of an education that was not allowed to him and my mother and how fortunate we were.

In 1969, my twin sister and I, along with 133 other black children, began attending Little Rock Central High School and our dream of “the best education possible” was realized.

As an adult with children of my own, I’ve seen that same chance come about because of school choice programs around the nation. I watched my youngest son, who was struggling in the public school he attended in Washington, D.C., become motivated and excited when he received a scholarship to attend a school of my choice that nurtured him educationally.

This was a child who, like many children in our community, had become lost in a school system that did not meet his needs. For our family, it was a dream come true. I strongly believe that without this opportunity he would not be the wonderful, well-educated adult he is today.

In the years since Brown, too many children remain consigned to underperforming schools that don’t meet their needs. Poor and minority children in particular have been adversely affected by prevalent assignment-by-ZIP-code policies that frequently zone them into schools that are failing, or even so-called drop-out factories. The impact of such policies is evident in the newly released National Assessment of Educational Progress (NAEP) exam, which revealed that just 16 percent of black high school seniors are proficient in reading.

These are not the results we fought for 60 years ago.

Throughout the years, I’ve seen so many children benefit from school choice programs. My hope is that more children around this country can attend schools that serve them well through access to school choice programs. My generation’s legacy is to make sure that more have access to quality educational options and that all children receive an education that will allow them to be successful in life.

Virginia Walden Ford is a visiting fellow at The Heritage Foundation, where she specializes in school choice and education reform.