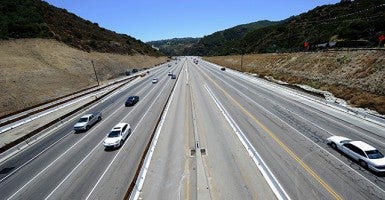 Standard and Poor’s just published a report sure to warm special interest hearts.

The ratings agency argues that spending an additional $1.3 billion on infrastructure would boost the economy by $2 billion, create 30,000 jobs and reduce the deficit. If true, more infrastructure spending is a no-brainer. Sadly, this economic free lunch does not actually exist.

For one thing, It contends that more infrastructure spending would create new jobs for currently unemployed construction workers. Certainly the collapse of the housing bubble drove up construction unemployment. However, few residential carpenters have the skills to build suspension bridges. Indeed, only one in 200 unemployed workers previously worked with heavy construction equipment.

New federal spending would primarily divert skilled workers from existing private-sector projects, reshuffling jobs instead of creating them, exactly as happened with the stimulus.

S&P’s also argues infrastructure projects produce a high economic return, creating growth that would otherwise not occur. This certainly happened with the Panama Canal and the interstate highway system, examples they mention. But such high-value projects will get built and maintained anyway. The relevant question is whether spending an dditional billion will produce similar returns.

Washington politicians lack the knowledge necessary to identify the most economically effective projects. Instead Congress allocates new federal transportation spending primarily according to political—not economic—criteria. Money goes to the districts of politicians with the most clout, not the most worthy projects.

This Washington-centric approach helps congressional re-election bids. But it distorts the decision-making of state and local officials, offering generous federal subsidies for pursuing projects like the $1 million bus stop in Arlington County.

Additional spending would be even more likely to go to vanity projects—like the $500,000 historic-style streetlamps, decorative brick sidewalks, and street trees installed in Strasburg, Va., under the federal Transportation Alternatives Program. These are boondoggles, not transformative programs such as the interstate system.

The government taxes or borrows the resources used to build infrastructure projects. Government spending crowds resources out from the rest of the economy. More federal spending comes at the expense of a smaller private sector.

These factors explain why the 2009 stimulus failed. So did Japan’s decade-long attempt to stimulate its economy through infrastructure projects. The Japanese wound up with massive debt, superhighways in underpopulated rural districts—and an anemic economy.

The government should fund worthwhile infrastructure projects when the market does not provide public needs—not as an attempted stimulus. And the federal government should only have a limited role in the process.

Most current and future infrastructure challenges are local or regional—such as addressing traffic congestion in the New York metropolitan area or repairing and maintaining aging bridges in Pennsylvania. The states and localities know these challenges better than remote Washington officials can.

The current Washington-focused approach does little for the economy.

Originally appeared in The Hill.