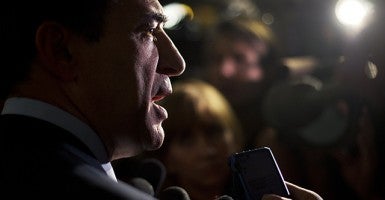 In a letter sent yesterday to Sebelius, who recently resigned, Issa wrote that HHS had been slow in sending requested documents regarding President Obama’s health law, had sent some that were heavily redacted and had “deliberately withheld key documents responsive to the subpoena from the committee altogether.”

Issa and Sen. Lamar Alexander, R-Tenn., first wrote to Sebelius on Oct. 10, 2013, and again two weeks later for documents about the troubled launch of the federal health insurance exchange, HealthCare.gov.

When HHS failed to comply, Issa issued a subpoena for the documents on Oct. 31, 2013. In a statement, an HHS official said the agency would respond to the committee’s questions in writing, “but throughout the various Affordable Care Act inquiries, the agency has set a high bar for transparency.”

To date, HHS has sent more than 110,000 pages of documents regarding Obamacare to Congress. “Importantly, less than 1 percent contained redacted content—primarily over security issues,” the HHS statement said.

But Issa contended in his letter that HHS provided no specific details for the redactions, calling them “unnecessarily overbroad” with some emails entirely redacted.

“Should the department continue to refuse to produce all documents in unredacted form as required by the instructions in the subpoena … I will have no alternative but to consider the full range of options to enforce the subpoena,” he warned.