The Big Immigration Problem No One’s Talking About 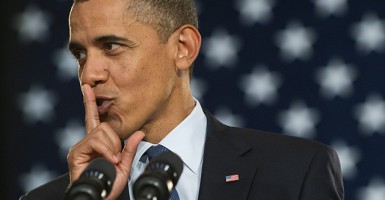 Bowing to pressure from amnesty advocate groups, President Obama and his administration continue to waver on enforcing the law when it comes to immigration policies. The president has been decried as the “deporter-in-chief” by those who usually support him,  like Janet Murguía, president of the National Council of La Raza. And this pressure has led to some terrible policy decisions.

According to data released by the Department of Homeland Security (DHS) earlier this year, the Obama administration accounted for a record number of deportations in 2012. Though DHS Chief Jeh Johnson confirms these are inflated figures, the administration appears determined to seek ways to undercut current law, electing for what it calls a more “humane” process. So is this the right approach? Several senators disagree.

In a letter addressed to President Obama, 22 Republican senators conveyed their “grave concerns” over the administration’s announcement.

“Clearly, the urgent task facing your administration is to improve immigration enforcement, not to look for new ways to weaken it,” the senators said. The signers doubled down on this statement by not only disagreeing with the approach of relaxing current laws, but also reprimanding the administration for issuing directives that nullify established enforcement guidelines — “to the point that unless individuals in the country illegally are apprehended, tried, and convicted for a felony or other serious offense, they are free to live and work in the country.”

But even those who are apprehended for additional crimes may not be held. Here is a big problem no one is talking about: Criminals are being released.

According to a recent report conducted by the Center for Immigration Studies, U.S. Immigration and Customs Enforcement (ICE) released more than 30,000 convicted criminal aliens from custody in 2013. That’s right — the agency in charge of securing our nation’s border decided to set free 36,007 violent and incarcerated individuals back into society. Some of the changes levied against these individuals include homicide, sexual assault, kidnapping, and aggravated assault, just to name a few.

This incriminating report is just the latest in a long series of laws ignored by this administration. What’s even more disturbing is that many of our ICE agents who would like to uphold the rule of law are discouraged from doing so by this administration. Chris Crane, president of the National ICE Council, appeared before Congress and presented this somber fact to members:

As criminal aliens are released to the streets and ICE instead takes disciplinary actions against its own officers for making lawful arrests, it appears clear that federal law enforcement officers are the enemy and not those that break our nation’s laws.

Unfortunately, none of this should come as a surprise. As Heritage Vice President Derrick Morgan has said, “Instead of building trust with the American people and Congress by actually enforcing existing law, the president has done the opposite.”

If this administration is unwilling to enforce current laws and instead allows known dangerous criminals to walk the streets with impunity, it’s unimaginable what else it could allow. 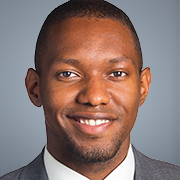