What Happens If There Is No Employer Mandate for Obamacare? 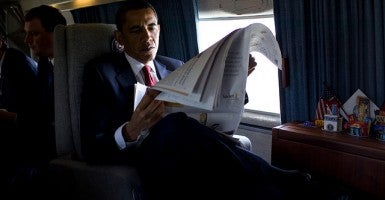 This revelation shouldn’t be news to anyone, but the report does provide a set of important reminders:

This study is added confirmation Obamacare creates distortions in labor markets, something academics, the Congressional Budget Office and Heritage analysts have been pointing out for a long time.